OSHA proposed a fine of $60,269 for Amazon after finding injury lists at three warehouses put workers at “high risk for lower back injuries and musculoskeletal disorders.”

The warehouses in this part of OSHA’s investigation of Amazon.com were in Waukegan, Illinois, a Chicago suburb; New Windsor, New York, about an 80-minute drive north of Harlem; and Deltona, half an hour south on Interstate 4 from Orlando, Florida.

“Each of these inspections found work processes that were designed for speed but not safety, and they resulted in serious worker injuries,” Assistant Secretary for Occupational Safety and Health Doug Parker said. “While Amazon has developed impressive systems to make sure its customers’ orders are shipped efficiently and quickly, the company has failed to show the same level of commitment to protecting the safety and well-being of its workers.”

The U.S. Department of Labor’s Occupational Safety Health Administration inspectors blamed the higher injury rate on the “high frequency with which workers are required to lift packages and other items; the heavy weight of the items; awkward postures, such as twisting, bending and long reaches while lifting; and long hours required to complete assigned tasks.”

After a business receives an OSHA citation, it has 15 business days to pay the proposed fine; contest the violations; or request an informal meeting with the area director.

“We take the safety and health of our employees very seriously, and we strongly disagree with these allegations and intend to appeal,” Amazon spokesperson Kelly Nantel said. “We’ve cooperated fully, and the government’s allegations don’t reflect the reality of safety at our sites. Over the last several months we’ve demonstrated the extent to which we work every day to mitigate risk and protect our people, and our publicly available data show we’ve reduced injury rates nearly 15% between 2019 and 2021.”

The Deltona facility also got cited for exposing workers to struck-by hazards “in that merchandise was unevenly stacked and/or not secured to prevent them from collapsing/displacement.”

That’s from the PDF lumping together the Citation and Notification of Penalty documents for each facility. Three other warehouses—Aurora, Colorado; Nampa, Idaho; and Castleton, New York—also are under investigation.

OSHA cited those six Amazon facilities in December for not reporting workplace injuries, not reporting them in the proper time or misclassifying the injuries. That included an injury at the Waukegan warehouse that was recorded only as “Strain.” The lesser injury was a strain to the neck muscles. The primary injury was a head injury from a PIT harness hook fixture.

The 14 recordkeeping citations there resulted in $29,008 in proposed fines.

“Our concern is that nothing will be done to keep an injury from recurring if it isn’t even recorded in the logbook which—in a company the size of Amazon—could have significant consequences for a large number of workers,” Parker said.

In each case, Amazon can reduce the proposed fines through workplace adjustments, including hiring more staff to help manual movement of large merchandise.

“The safety of our employees is our top priority, and we invest hundreds of millions of dollars every year into ensuring we have a robust safety program to protect them,” Nantel said. “Accurate recordkeeping is a critical element of that program and while we acknowledge there might have been a small number of administrative errors over the years, we are confident in the numbers we’ve reported to the government.”

“We are reviewing OSHA’s allegations and are pleased that OSHA acknowledged that all of the alleged violations are “other than serious” and involve minor infractions.”

Citation:
OSHA proposes $60,000 more in fines for New York, Chicago and Florida Amazon facilities (2023, January 23)
retrieved 23 January 2023
from https://techxplore.com/news/2023-01-osha-fines-york-chicago-florida.html
This document is subject to copyright. Apart from any fair dealing for the purpose of private study or research, no
part may be reproduced without the written permission. The content is provided for information purposes only.
Tags: injurysafety
Previous Post

Pamela Anderson Hits Out At ‘Pam & Tommy’ Series, Looks Back On Sex Tape Scandal: ‘It Really Gives Me Nightmares’ 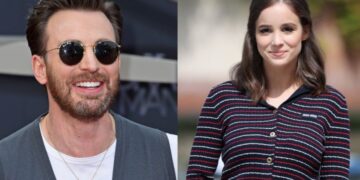 Chris Evans And Alba Baptista Are In A ‘Serious’ Relationship, Source Says

Things are reportedly getting serious between Chris Evans and Alba Baptista.Evans and Baptista made their romance social-media official earlier this...