Two Metro Vancouver municipal politicians are calling for a so-called “snow summit” to try to prevent a repeat of the chaos that unfolded Tuesday where routine commutes became hours-long ordeals.

Annis, in a statement, said she was among the thousands stuck in gridlock as crashes, closures and conditions brought traffic to a standstill. Her trip from downtown Vancouver to her home in South Surrey reportedly took upwards of nine hours.

“A few inches of snow should not shut down the entire region, but it became clear on Tuesday afternoon when the snow started to fall that things were only going to get worse,” Annis wrote.

“The gridlock spread so quickly and suddenly that we were all trapped in our cars for hours as the weather and traffic got worse. How do other regions across Canada and the United States that get much more snow than us keep going, and what can we learn going forward? We have to get better at this.”

For his part, Fontaine said the snow was not unexpected, with weather warnings issued days in advance.

“The impact was a complete shutdown that closed roads and bridges and really brought much of the Lower Mainland to a complete halt. I think it’s important to know why, and to work on a regional plan that does better next time,” he said in a statement.

The region saw overall accumulations of between 10 and 20 centimetres, with the heaviest snowfall starting in the late afternoon. Snowplows and salt trucks also got caught up in the gridlock, stalling clearing efforts.

But Fontaine told CTV News he doesn’t believe that timing alone was to blame.

“We’ve had snow storms that hit us at rush-hour before and we’ve been able to manage it,” said Fontaine. “Something was unique, something happened this week which resulted in us losing many of our main arterials, and I want to have answers to that question.”

The two councillors propose that the summit be chaired by Delta Mayor George Harvie, who is the current chair of Metro Vancouver, and Transportation Minister Rob Fleming. A “candid” reckoning with what exactly went wrong will be on the agenda, Annis and Fontaine said, but the ultimate goal would be planning for how to improve the regional response.

Lava from Hawaii volcano slows its approach to key highway

Lava from Hawaii volcano slows its approach to key highway 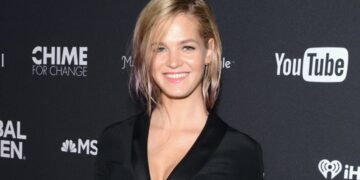 Leonardo DiCaprio has dated many women over the years, and now one of his ex-girlfriends has moved on to get...

Panic! At The Disco Officially Break Up As Brendon Urie Expects First Child