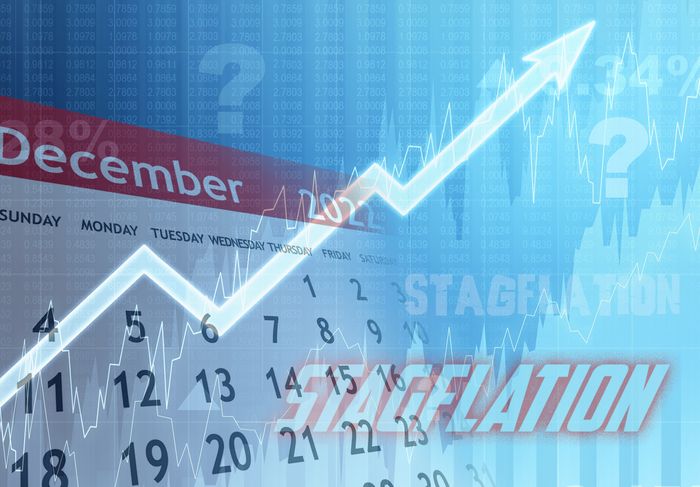 The period between now and year-end marks a historically bullish final stretch of the year for U.S. stocks, particularly just before and after Christmas. The question for investors is whether favorable seasonal factors will be outweighed by economic fundamentals.

The momentum toward a year-end rush to stocks seems to only be getting stronger now that the S&P 500
SPX,
-0.03%
has rallied 12.6% from its October low — fueled by better-than-expected inflation reports for last month and business-friendly Republicans’ narrow win of the House.

Dow industrials
DJIA,
+0.45%
have jumped nearly 20% since a late-September low, on the cusp of the threshold that would mark an exit from a bear market, while the Nasdaq Composite has put in a middling performance as investors remain in a wait-and-see crouch about the Federal Reserve’s December rate decision, further inflation data, and geopolitical risks overseas.

Major indexes logged gains in a holiday-shortened Thanksgiving week, with the Dow up 1.8%, the S&P 500 gaining 1.5% and the Nasdaq Composite advancing 0.7%.

And then there’s a seasonal end-of-year tailwind. According to Dow Jones Market Data, the S&P 500 has risen 71% of the time in the stretch from Thanksgiving to year-end, based on figures going back to 1950. On average, the large-cap benchmark has risen 1.8% in that period. Such data can be a rough guide for investors, but is no guarantee of performance in a given year, as the red lines in the chart below illustrate.

And that favorable seasonal pattern could be set to collide with fears that 2023 could bring stagflation: the worst-of-all-possible economic outcomes and one that investors would be hard-pressed to be prepared for. Stagflation is defined as a period of slow economic growth plus persistently high inflation, a dynamic that may already be under way in the U.S.

Warnings of a possibly deep U.S. recession ahead are flashing regularly in the bond market, where the widely followed spread between 2-
TMUBMUSD02Y,
4.479%
and 10-year Treasury yields
TMUBMUSD10Y,
3.687%
remains near minus 80 basis points — meaning the 10-year rate stands nearly 0.8 percentage point below the 2-year yield. The curve in the past week hit its most deeply inverted since 1981. Such inversions are seen as a reliable recession indicator.

U.S. growth turned positive in the third quarter and inflation appears to be easing, based on October’s consumer-price index in which the annual headline rate dropped to 7.7% from 8.2% previously. Yet price gains are not coming off fast enough for the Federal Reserve to completely abandon aggressive rate hikes, which could tip the world’s largest economy into a downturn.

“The tricky part for investors in a stagflation scenario would be confusion over where to invest,” said Mark Neuman, founder of Atlanta-based Constrained Capital and creator of the ESG Orphans Index which tracks stocks with $3 trillion in combined market capitalization.

That’s a reversal from the market trends which prevailed for much of this year and “is due partly to extreme investor positioning in these trades being flipped by the fear of missing out [on] a year-end rally,” said Jason Draho, head of asset allocation for the Americas at UBS Global Wealth Management.

Adding to the past month’s bullish tone in stocks has been October’s stronger-than-expected retail sales plus a weaker-than-expected producer-price report, both of which show that “the economy is holding up well, despite the ongoing rise in short-term rates,” said Sam Stovall, chief investment strategist for CFRA Research in New York.

“Seasonality will offer a bit of a lift to stocks toward the end of the year, and I think investors are expecting the Federal Reserve to hike by 50 basis points in December and maybe not be all that hawkish in their statement,” Stovall said via phone. “Right now, the stock market is assuming we don’t fall into a recession or, if we do have a recession, it will be mild and that the Fed will likely lower interest rates in the latter part of 2023.”

He said that CFRA’s economic outlook calls for the U.S. economy to narrowly miss a recession, yet still fall into stagflation, followed by a U-shaped, rather than a V-shaped, recovery.

“If the direction of inflation continues to be downward — that is, inflation gradually but consistently falling — that would be enough to make investors feel pretty good in my opinion,” Stovall told MarketWatch. “In addition, we are expecting to see an improvement in corporate profit growth as we move into 2023.”

Mark Hulbert: ‘Santa Claus rally’ for stocks is likely this year — but you won’t be opening presents until after Christmas

Those year-end seasonal factors run alongside a well-known pattern that has seen stocks put in their best performance over a six-month stretch beginning in November.

The six-month period from November to April tends to particularly favor equities across a swath of cyclical stocks, according to strategist Rob Anderson and analyst Thanh Nguyen at Ned Davis Research. NDR’s Broad Cyclical Index, which includes the industrial, consumer-discretionary and materials sectors, has outperformed a defensive basket made up of staples, healthcare, utility and telecommunications companies, on average, between those six months since 1972.

They also said that technical reasons support the case for a year-end rally in U.S. stocks, while noting that “outside forces can overwhelm seasonal trends.”

The highlights for the week ahead include Thursday’s release of the Fed’s preferred inflation gauge for October and Friday’s nonfarm payrolls report for November.

Wednesday’s major data releases include the ADP employment report, a revision to third-quarter GDP, the Chicago purchasing managers index, updates on job openings and quits for October, and the Fed’s Beige Book report. Fed Chairman Jerome Powell is also set to speak at the Brookings Institution. 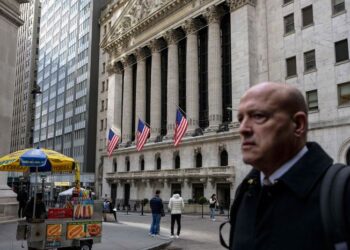 The Bank of Canada’s (BoC) experiment with forward guidance during the pandemic backfired on the central bank, according to TD...