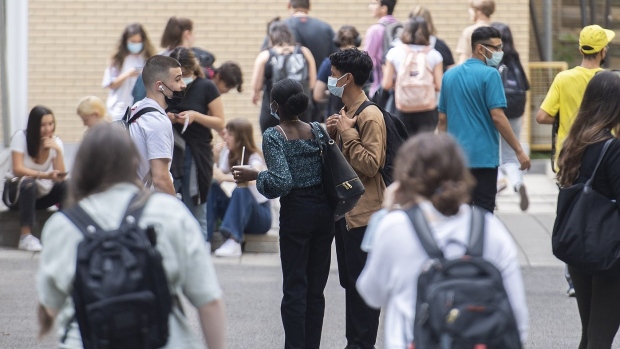 Ottawa’s largest school board will not be bringing back mask mandates.

The Ottawa Carleton District School Board says a motion to reinstate the requirement for students and staff at its schools did not pass tonight.

The board says on Twitter that it encourages the community to follow the advice from Ottawa Public Health, including by wearing masks indoors.

The board met virtually tonight after a special meeting to debate the motion on Tuesday was disrupted by heckling, delaying a decision.

Earlier this week the Hamilton-Wentworth District School Board decided against imposing a mask mandate but passed a motion asking staff and students to mask indoors.

Ontario Education Minister Stephen Lecce says the government will respect parents’ decisions and says they’ve invested in improving air ventilation in every school in the province.

The IEA said one in every eight cars sold globally is now electric. Russia's invasion of Ukraine has driven countries...

‘The Bachelorette”s Gabby Windey And Fiancé Erich Schwer Break Up

Crypto executives need to grow up or go the way of FTX, Riot Blockchain leader says