Fog advisory in effect for GTA, with ‘near-zero’ visibility in some areas

Drivers are being warned of near zero visibility on the roads this morning as the GTA and much of southern Ontario sit under a fog advisory.

“Persistent fog with visibility near zero is forming in some areas and will continue through the early morning hours,” Environment Canada warned in its advisory early Thursday.

The fog is expected to last for several hours, but then dissipate rapidly through the middle of the morning. However, people are being advised that “travel is expected to be hazardous due to reduced visibility in some locations” until it does.

The advisory is in effect for the Greater Toronto Area and a wide swath of southern Ontario, roughly from the London area in the west over to Kingston in the east.

In a tweet, Ontario Provincial Police urged drivers to use their full headlighting system while the foggy conditions persist.

“I’m seeing a lot of vehicles, a lot of traffic, and a lot of people driving with just daytime running lights. That means no taillights, less visibility to the rear,” Ontario Provincial Police Sgt. Kerry Schmidt said in a video message on Twitter.

Driving in the fog TURN ON YOUR LIGHTS, you do not need your 4-way flashing lights unless you are hazzard to other motorists or stopped. pic.twitter.com/vmuFTjSg0a

“Keep your full head lighting system on. Use your signals if you’re changing lanes.”

Schmidt said that while some people put on their hazard lights when visibility is low, that is a “confusing factor” to other vehicles.

“So unless you’re suddenly braking, stopping or changing your driving behavior in a substantial way, do not use the four-way flashing lights,” he said.

Toronto Pearson International Airport warned that the foggy weather is causing some delays for arriving passengers.

“To maintain safe operations, the flow of arrivals has been reduced by NAV Canada as a result of fog affecting the region,” the airport said in a tweet. “The airport continues to operate, but inbound flights may be delayed.”

Pearson is advising passengers to check their flight time and status with their airline before leaving for the airport.

(1/2) To maintain safe operations, the flow of arrivals has been reduced by NAV Canada as a result of fog affecting the region.

The airport continues to operate, but inbound flights may be delayed. pic.twitter.com/LnBGwiwMVC

“Fog and poor visibility may impact flight schedules this morning and lead to delays. Please check your airline for updates and current flight status,” the airport said.

November 24: Fog and poor visibility may impact flight schedules this morning and lead to delays. Please check your airline for updates and current flight status.

When the fog clears, a mix of sun cloud is expected in Toronto for much of the day, with a high of 8C expected.

Periods of rain or drizzle are expected to begin after midnight with an overnight low of 5C.

'It’s not getting better': Unions call for action to ease overburdened health-care system 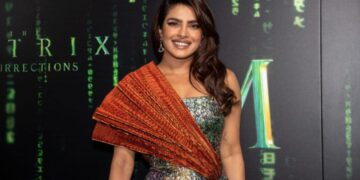 Actress Priyanka Chopra, who successfully transitioned from Bollywood to Hollywood, said in a recent podcast that there was a time...

In a first, doctors treat fatal genetic disease before birth