Cynthia Johnson does art therapy at the Victoria Brain Injury Society to help with the effects of a serious brain injury she suffered more than 25 years ago when she was hit by a drunk driver while on her bike.

It was a hit and run that altered the course of her life.

“She hit me on the pedestrian walk and left me there,” Johnson recalled Tuesday, while showing off one of her most recent artistic creations.

She has felt the effects of her brain injury in most aspects of her life ever since that fateful day, and securing a place to live in Victoria’s tight rental market has been even harder because of her injury.

“I’ve had a lot of issues with my memory, been a bit of a unique one here, because up until a few months ago my memory wiped every day,” Johnson said.

She recently moved — leaving a rough building and difficult living situation where she had been assaulted and her apartment had been repeatedly broken into.

In securing a new apartment last month, she benefited from help from staff at the Victoria Brain Injury Society.

“Helped me weekly to just keep calling and narrowing down,” she said. “I think the hardest thing to do with the housing list is filling out that form and navigating different sites,” she recalled.

Those types of challenges are exactly what the Victoria Brain Injury Society is aiming to tackle with a new housing program that will include a housing coordinator to help the approximately 1,600 clients they work with each year – a number that has nearly doubled since the pandemic began.

“[If] you have a brain injury, oftentimes it takes a while to get back to work,” said Pam Prewett, the society’s executive director.

“Even when you’re applying for BC Housing, there are forms to fill out, and the forms are confusing even for someone without a brain injury, so that’s where we come in,” said Prewett.

Chandra Sundaram also lives with a brain injury after suffering a stroke a mere 25 minutes after he was born. He went on to become a university professor, but the impact of his injury manifested later in life.

It took him nine years to find a place to live in Victoria’s housing market.

“It was quite soul destroying,” he remembered Tuesday. “Sometimes you’d just come home and cry.”

He says if a housing coordinator had been available to help him navigate the process — including cutting through the red tape and paperwork for subsidized housing — it would have made a huge difference.

“It would have meant the world,” he said.

The society is encouraging folks to donate to their cause next Tuesday — with donations helping fund their new housing program aimed at helping put a roof over the head of folks like Johnson and Sundaram in a market that’s hard enough without extra hurdles. 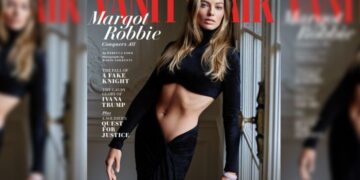 Margot Robbie speaks candidly about the downsides to fame in an interview with Vanity Fair.The actress, who has been promoting...