by author
in Business, Internet
Reading Time: 3 mins read
0 0
A A
0

New owner Elon Musk on Wednesday polled Twitter users on whether the site should offer a general amnesty to suspended accounts, using the same method he used to handle the case of Donald Trump.

The move comes as Musk has faced pushback that his criteria for content moderation is subject to his personal whim, with reinstatements decided for certain accounts and not others.

The poll was open until 17:46 GMT on Thursday and mimicked the strategy used just days ago for the former US president Trump.

“Should Twitter offer a general amnesty to suspended accounts, provided that they have not broken the law or engaged in egregious spam?” Musk tweeted.

Trump’s Twitter account was reinstated Saturday after a narrow majority of respondents supported the move, days after the former US president announced another White House bid.

A blanket decision on suspended accounts would potentially alarm government authorities that are keeping a close look on Musk’s handling of hateful speech.

It could also spook Apple and Google, tech titans that have the power to ban Twitter from their mobile app stores and deny the platform access to hundreds of millions of its users.

Trump was banned from the platform early last year for his role in the January 6 attack on the US Capitol by a mob of his supporters seeking to overturn the results of the 2020 election.

The former president’s reinstatement followed that of other banned accounts including a conservative parody site and a psychologist who had violated Twitter’s rules on language identifying trans gender people.

The CEO of Tesla and SpaceX has said that conspiracy theorist Alex Jones will not be returning to Twitter and will remain banned from the platform.

Despite requests, Musk on Sunday said he had “no mercy for anyone who would use the deaths of children for gain, politics or fame” due to his own experience of watching his first child die.

Jones has been ordered to pay hundreds of millions of dollars in damages for his lies about the 2012 Sandy Hook Elementary School shooting that killed 26 people, mostly children.

Musk, who closed his $44 billion buyout of Twitter in late October, did not make clear whether the bans to be covered by the poll were permanent suspensions or temporary ones.

The future of content moderation on Twitter has become an urgent concern, with major advertisers staying away from the site after a failed relaunch earlier this month saw a proliferation of fake accounts, causing embarrassment.

Meanwhile the teams in charge of keeping bad content or nefarious activity off the site have been gutted, victims of Musk-led layoffs that saw half of total employees leave the company.

Citation:
Musk sets Twitter poll for ‘general amnesty’ of suspended accounts (2022, November 23)
retrieved 23 November 2022
from https://techxplore.com/news/2022-11-musk-twitter-poll-general-amnesty.html
This document is subject to copyright. Apart from any fair dealing for the purpose of private study or research, no
part may be reproduced without the written permission. The content is provided for information purposes only.
Tags: account
Previous Post

New robots in Europe can be workers’ best friends

As Musk is learning, content moderation is a messy job 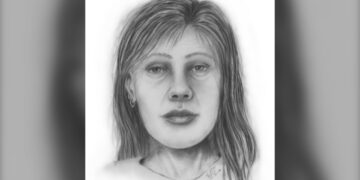 Ahead of the 10th anniversary of her disappearance on Monday, the Victoria Police Department has released a new sketch of...