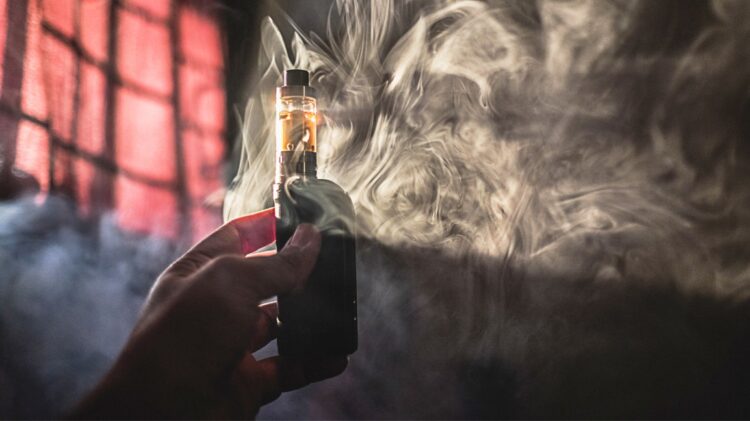 Electronic cigarettes, or vapes, are battery-powered devices that use a heat source to produce an aerosol from a liquid. The aerosol produced by an e-cigarette is inhaled into the lungs. Vape liquids are available with or without nicotine and can also contain cannabis-derived compounds.

E-cigarette aerosol contains potentially harmful substances, including nicotine, heavy metals, and flavorings such as diacetyl — a chemical linked to abnormal lung function and lung disease. According to the CDC, more research is needed to understand the health effects of vaping products.

Still, a small 2022 case study with four participants found an association between 3–8 years of e-cigarette use and symptomatic chronic lung disease, including small airway fibrosis and constrictive bronchiolitis. The study authors observed an improvement in symptoms among participants who stopped vaping.

In addition, another 2021 study found that e-cigarette users had different oral microbiomes compared to those who do not smoke or vape. The microbes present in people who vape is associated with periodontitis, a severe gum infection that is also common in smokers of traditional cigarettes.

Now, a new study from Tufts University School of Dental Medicine found an association between vape use and an increased risk of dental caries, commonly known as cavities. Specifically, people who reported using vapes had a higher risk of developing cavities than those who reported no e-cigarette use.

The study was published on Nov. 23 in The Journal of the American Dental Association.

To assess the associations between vape use and dental cavity risks, the research team collected data from people who attended the dental clinic at Tufts University School of Dental Medicine from January 1, 2019–January 1, 2022.

The participants were older than 16 years, had received a diagnosis of cavities, had a Caries Management by Risk Assessment (CAMBRA) record, and responded yes or no to a health questionnaire that asked if they used e-cigarettes.

Participants were excluded from the study if they had not had cavities or responded yes to using recreational drugs — unless the drug was delivered through vaping.

Among all the participants who reported no e-cigarette use:

Among those who reported using e-cigarettes:

Of those who reported no e-cigarette use:

Of those who reported using vapes:

“This research found that on examining patient records, individuals who reported e-cigarette/vape use had a significantly higher risk of developing dental decay in comparison to those who did not use vapes/e-cigarettes,” Lead study author Dr. Karina Irusa, an assistant professor of comprehensive care at Tufts University School of Dental Medicine, told Healthline.

According to the study, the authors suggest that e-cigarettes or vape use should be included in routine dental-medical history questionnaires and listed as one of the factors that increase the risk of cavities.

Still, there were limitations to the study. For example:

Why would vaping increase the risk of cavities?

“The current hypothesis is that vaping may cause dry mouth, depriving the oral cavity of its ability to self-cleanse through saliva,” Irusa explained. “We also believe that vaping causes a shift in the oral bacteria favoring the proliferation of the bacteria that cause decay.”

Irusa noted, however, that the results of this study are preliminary and limited information exists on how vapes may cause tooth decay.

“We are currently in the process of sourcing funding to further investigate the exact mechanism by which e-cigarette/vape use influences the development and propagation of decay,” she said.

“When inhaling through a vape pen, your gums and teeth are in the direct line of these dangerous chemicals. Vaping can cause your mouth and gums to dry out, resulting in dry mouth (xerostomia),” Frank explained.

“When your mouth is dry, you are at a high risk for tooth decay and gum disease. The bacteria that cause tooth decay like a dry environment because they have an easier time to stick to your teeth resulting in tooth decay and cavities.”

Frank noted that in his practice, he’s observed oral health and dental issues in people who report vape use.

“We usually see an increase in gingivitis and periodontal disease (significant gum and bone inflammation with associated attachment loss), he said.

“Some of these patients require more frequent cleanings to help reduce the level of inflammation in their mouth.”

Do cannabis or THC vapes have the same cavity risks?

Irusa told Healthline she believes that vapes containing cannabis compounds like THC might also cause an increased risk of tooth decay.

“This study was inspired by an initial case series that I had published in 2020 along with 2 other investigators,” Irusa said.

“In this case series, we observed 3 patients with severe decay of very atypical patterns that all reported avid use of vapes [or] e-cigarettes with THC-containing liquids. Though we cannot make any definitive statement based on these 3 patients, there may be an association.”

What are the risks of tooth decay?

Frank explained that once tooth decay results in a cavity, there’s a greater risk of needing continued dental treatment on that tooth over the course of your life.

“Any type of dental treatment to a natural tooth will need to be replaced over time if recurrent cavities form around the periphery or underneath the restorations like fillings, crowns, and onlays,” Frank said.

“Because vaping results in dry mouth, with [the] introduction of acidic chemicals, its chronic use can lead to an increased risk of forming tooth decay, loss of tooth structure, and the surrounding gums and bone.”

What can people who vape do to reduce the risks?

In Frank’s practice, he recommends fluoride varnish treatments at the end of cleanings to people who vape, which may help “protect and preserve the enamel from the added acidity insult from vape chemical byproducts like propylene glycol.”

Irusa encourages people who vape to visit their dentist regularly to ensure they’re “on an appropriate preventive regimen.”

“I would encourage meticulous oral hygiene, which would entail tooth brushing with fluoride-containing toothpaste at least twice a day as well as flossing,” Irusa said.

But ultimately, Frank recommends that people should avoid vaping or using any inhaled or mouth-delivered nicotine products.

Vaping tobacco and cannabis products are increasingly common, despite the health risks.

While the full implications of e-cigarette use are not fully understood, emerging research warns of the potential damage to the body.

A new study found that e-cigarette use increased the risk of tooth decay and cavities, which may prompt dental hygienists to ask people about vaping.

If you vape or smoke cigarettes or other nicotine-containing products and are interested in quitting, the National Cancer Institute and the U.S. Department of Health and Human Services offer resources that can help. You may also wish to talk with your healthcare professional for more guidance. 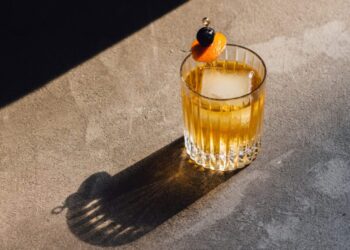 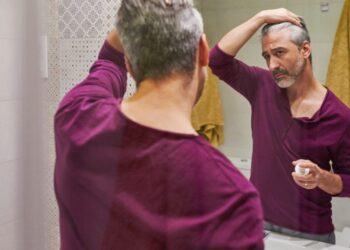 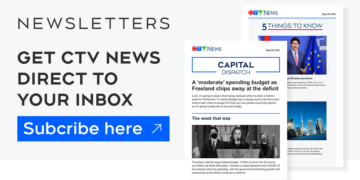 ‘We were just children’: Canadian gymnasts speak out against culture of abuse in their sport

It's a scene that didn’t make it into the documentary but is deeply revealing all the same. While sitting around...

In Qatar, is it legal to drink alcohol?

How to Retire From the Real Estate Industry