It’s time for fans to do what head coach John Herdman asked and trade their European or South American soccer jerseys for Canadian ones as the men’s national team returns to the World Cup for the first time since 1986.

Drawn in Group F, Herdman will lead Canada against Belgium in its group stage opener on Wednesday before taking on Croatia and Morocco.

Here is everything you need to know ahead of the monumental clash in Qatar.

Canadian fans can breathe a huge sigh of relief on the eve of its first World Cup game in 36 years after Herdman confirmed star player Alphonso Davies is back to full fitness.

The Bayern Munich defender picked up a hamstring injury on Nov. 5 and has been unavailable ever since.

Davies plays in both attack and defence, often floating around the pitch thanks to his whirlwind speed, is a vital leader in the squad and notably the face of Canada’s team following his impressive rise in Europe.

The question now is whether the 22-year-old will reintegrate seamlessly, having been sidelined for two-and-a-half weeks.

On Tuesday, Herdman admitted Davies, as well as previously injured Stephen Eustaquio (who pulls the strings in midfield for Canada), are both expected to start against Belgium.

Starting goalkeeper Milan Borjan is also set to feature after picking up an abdominal issue. This news is significant for Canada’s defence as second-choice goalkeeper Maxime Crepeau is not in Qatar after breaking his leg earlier this month.

Canada’s first clash in Group F is arguably the toughest, coming up against second-ranked Belgium. Even with its “Golden Generation” aging, that does not mean you can write the Europeans off.

Inter Milan striker Romelu Lukaku, however, will not feature in the match after not fully recovering from injury, as confirmed by Belgium’s head coach Roberto Martinez on Tuesday. Real Madrid forward Eden Hazard, meanwhile, will captain the side and start the match.

Then if you’re a new soccer fan thanks to Canada’s impressive qualification for Qatar, the notable names to keep an eye on are Davies, Eustaquio, Larin and David, as well as defenders Alistair Johnston and Sam Adekugbe on the wings, plus the leadership of captain Atiba Hutchinson in midfield.

Heading into the clash, Canada has two wins, one draw and two losses from its last five games. The most notable result was a 2-1 win over 24th-ranked Japan as the final preparation match heading into Qatar.

Belgium, meanwhile, also has two wins, one draw and two losses to its name. Notably, both defeats were from its final two preparation games heading into Qatar against Netherlands and Egypt.

ALL EYES ON THE REFEREE

The man with the whistle between Belgium and Canada will be referee Janny Sikazwe.

The 43-year-old from Zambia officiated during the 2018 World Cup but is most recently known for controversial events during an Africa Cup of Nations match in January.

Sikazwe blew the full-time whistle after only 85 minutes instead of 90 and then blew early again in the 89th minute, seeing the match end prematurely.

PATHWAY TO THE KNOCKOUTS

Canada must finish in one of the top two spots in Group F to move to the knockouts, which will prove to be a difficult test.

Earning three points with a win or one with a draw against Belgium would significantly boost Canada’s hope for survival.

Yet even with a loss, the 41st-ranked side could still move on depending on later results. In past tournaments, teams have reached the knockouts with only four points total.

WHAT ARE THE EXPECTATIONS FOR CANADA?

A long 36-year wait to return to the Men’s World Cup is almost over, and a country full of soccer fans – new or old – will be glued to the screen watching Herdman’s side try to pull off the unthinkable.

Speaking in pre-match press conferences, the head coach and players said they will not shy away from the pressure and instead do what they do best; play their game the way they know they can.

The one thing fans can watch out for will be Canada’s first-ever goal at the men’s World Cup. During the 1986 edition of the tournament, the team failed to score in all three matches.

If this new generation can put the ball in the net against the second-best side in the world on Wednesday and potentially hold its own in its first World Cup clash in 36 years, it might kickstart a historic week of soccer.

Ahead of the match, CTV and TSN will have a special three-hour preview beginning at 11 a.m. EST/8 a.m. PST.

Watch the matches live on CTV and TSN. 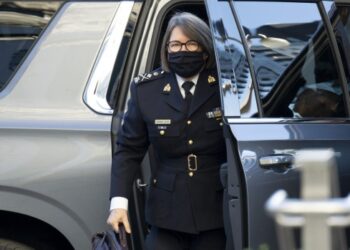 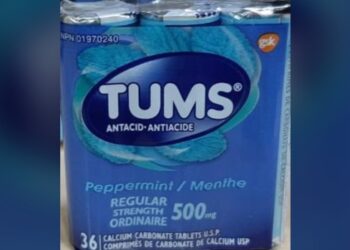 Penn State researchers developed stretchy transistors, like the one pictured, using a new method known as the lateral phase separation... 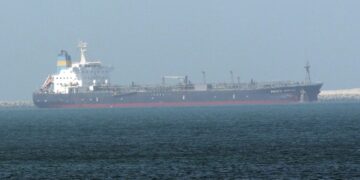 DUBAI, United Arab Emirates (AP) — An oil tanker associated with an Israeli billionaire has been struck by a bomb-carrying...

Oshawa condo on list of affordable homes sold in September