Acceptor layers made of oligomers can increase the performance of organic solar cells and ensure a long operating life at the same time. This is the result of a series of complex laboratory experiments conducted by materials scientists at Friedrich-Alexander-Universität Erlangen-Nürnberg (FAU). Organic solar cells are less complex to manufacture than conventional silicon modules and are considerably more versatile as they can be flexible and transparent. The researchers’ findings have been published in the journal Nature Energy.

The war in Ukraine continues to serve as a stark reminder of how important it is for us to cease our dependency on fossil fuels as quickly as possible. The rapid expansion of regenerative energy sources is one of the keys to success in this respect. In the case of photovoltaics, for example, the difficulties not only involve the struggle for higher output, but also the development of new applications as the surface area available for solar panels is limited in densely-populated industrial nations such as Germany.

This is the reason why so much research is currently being carried out on organic photovoltaics. In contrast to the silicon used in conventional systems, organic solar cells consist of carbon-based semi-conductors that are directly applied from a solution onto a supporting film. This means the modules are flexible and can be translucent or completely transparent, which opens up a wide range of potential applications in urban spaces, including use in window panes.

The best of both worlds

Selecting the best material for the semiconductor layers is a significant challenge for researchers: “For example, if we use polymers with very long chains of molecules, the modules are robust against fluctuations in temperature and have a longer operating life,” says Prof. Dr. Christoph Brabec, Chair of Materials Science (Materials in Electronics and Energy Technology) at FAU and Director of the Helmholtz Institute Erlangen-Nürnberg for Renewable Energy (HI ERN). “However, polymers are not very well defined and have more defects due to their complexity, which can lead to lower output in low light levels.”

In the search for alternatives to electron transfer, research activities at HI ERN are therefore being stepped up with research into molecules known as oligomers. Their chains are shorter, they can be designed more precisely and they have a higher efficiency in near-infrared light than polymer chains. The disadvantage is that oligomers are more sensitive to temperature fluctuations and are generally more instable.

The international working group led by Christoph Brabec aims to combine the best from both worlds by developing low-molecule non-fullerene semiconductors that have a high output while being robust and durable at the same time. They have set their sights on derivatives of a particular molecule called Y6, which has a symmetrical structure and is comprised of carbon as well as nitrogen, hydrogen, oxygen, sulfur and bromine atoms.

“We modified the molecule in countless tests and examined its properties as an acceptor layer,” explains Difei Zhang, a doctoral candidate who conducted the experiments at FAU.

During the investigations, which also involved researchers from the South China University of Technology (SCUT), two-dimensional wide angle X-ray scattering measurements were used to analyze the microstructure and behavior of the molecule chains.

And the winner is OY3

The complex fine tuning of the molecular structure finally produced a promising candidate—an oligomer with the abbreviation OY3. “OY3 has an average performance efficiency of 15%, a value that we have also measured with some other derivatives,” says Brabec. “However, what also impressed us was its excellent photostability.”

Brabec says, “These parameters are unique for multi-layer organic photovoltaic modules and fulfill all requirements for rapid commercialization. Our strategy of targeted oligomer design takes organic photovoltaics to a new level of efficiency and brings them very close to practical application.”

Gwyneth Paltrow Opens Up About Her Mother Blythe Danner’s Private Battle With Oral Cancer: ‘I Was Amazed At How Strong She Was Able To Be’

Gwyneth Paltrow Opens Up About Her Mother Blythe Danner’s Private Battle With Oral Cancer: ‘I Was Amazed At How Strong She Was Able To Be’ 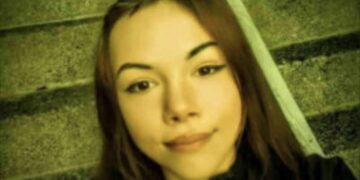 Missing Saanich teen may have been spotted in Burnaby a month after her disappearance, RCMP say

More than a month after her disappearance, police in the Lower Mainland are renewing their call for information on missing...

At Davos, Zelenskyy urges allies to speed up push vs. Russia