All of Russia’s neighbours are in danger, Latvian military chief says 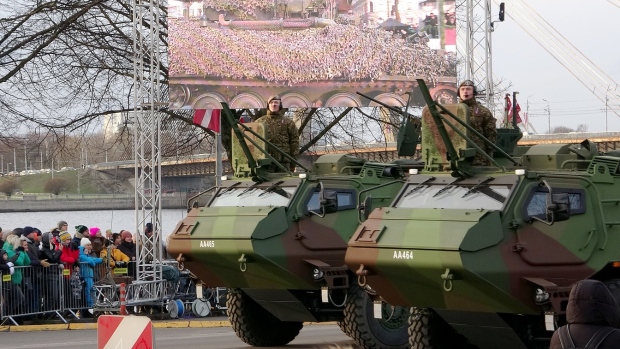 All countries neighbouring Russia are currently in danger, according to the assessment of a senior officer from a country currently receiving military support from Canada.

After a missile strike killed two people in Poland last week, a consequence of the war raging in Ukraine, Latvia is reminding the world that it, too, is exposed to the Russian threat. It shares 300 kilometres of border with Russia, which has annexed it twice in its history.

This risk of being swallowed up again “cannot (be) ruled out,” Col. Didzis Nestro, acting head of the Latvian army’s land component, said in an interview with The Canadian Press last week.

Canada is playing a leadership role in supporting this Baltic NATO member. Just over 1,200 soldiers from 10 countries, including 700 from Canada, train at Camp Adazi as a unified combat group defending Latvia. The country’s own regular army counts about 6,000 members.

“It seems that all the wars that Russia has tended to wage, starting from Chechnya, are all kind of directed to regain access points (from the USSR era and tsarist Russia before that) … and to safeguard the access points to the outer world,” Nestro said, speaking in a modest office in a large military complex on the outskirts of the Latvian capital of Riga.

“If we go around the Russian border line, then we can see that basically all the countries bordering Russia are, in this way, endangered,” said Nestro, who is also acting chief of staff for government affairs.

Formerly a territory conquered by the Russian Empire, Latvia had to win its independence twice. After becoming a state following the First World War, it was annexed by the Soviet Union under Josef Stalin in 1939. Then in 1991, during the disintegration of the U.S.S.R., it again proclaimed its independence.

“The risk has been diminished (of annexation), (but) we cannot rule out anything happening,” Nestro said. “That’s why we as a country — and the alliance in general — have a certain sense of alertness to face any of these kind of unpredicted situations because Russia and (its President Vladimir) Putin is unpredictable.”

Latvia is not shy about displaying its full support for Ukraine. The Ukrainian flag is prominently displayed throughout Riga, especially on official buildings. Large murals also pay homage to Ukrainians or denounce the past destruction of the port city of Mariupol.

That support remains undeterred despite a deadly incident last week in which a missile believed to have gone astray from Ukraine killed two people in a border town in Poland, a NATO ally country.

“We are now carefully estimating the situation and then we will draw the conclusions,” Nestro said. “But one thing is clear, this is just a consequence of Russian aggression in Ukraine, so that’s what we see now.”

Nestro said some of the pressure on border countries has eased since the war got underway in February, noting Russia has had to deploy many of its military resources on the Ukrainian front. Still, he said, both Russian resources and active threats remain.

There are Russian bases near the Latvian border, some as close as 30 kilometres away, he noted. Russia also has an airborne division in Pskov, helicopters very close to the border, as well as a motorized infantry brigade and special forces, he said.

The incident in Poland raises questions about whether something similar could play out in Latvia.

“It is the collective defence — it is all NATO countries together,” Nestro said. “And there’s certain systems which are reading the … indications and warnings for various threats, including the air defence or air attack threat.”

But Latvia’s air defence system has a short range — five to six kilometres — and another system provided by Spain is also limited, Nestro said.

All the same, Putin “has to think twice before attacking a NATO country,” Nestro said. Article 5 of the North Atlantic Treaty stipulates that if a member state is the victim of an armed attack, the other members consider themselves also attacked and retaliate.

This report by The Canadian Press was first published Nov. 20, 2022.

— Patrice Bergeron is a Quebec-based journalist with The Canadian Press. In addition to two decades of political and general news experience, he was a CP war correspondent in Afghanistan in 2009. 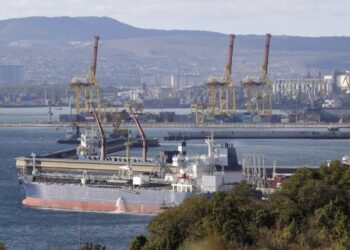 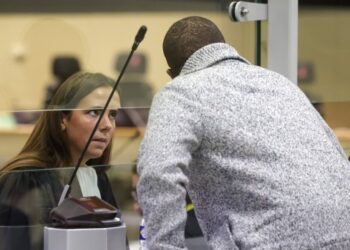 Why Experts are Skeptical of Elon Musk’s Brain Implants

Five of Toronto’s former mayors are calling on the city’s current one to rescind his support for new legislation that...