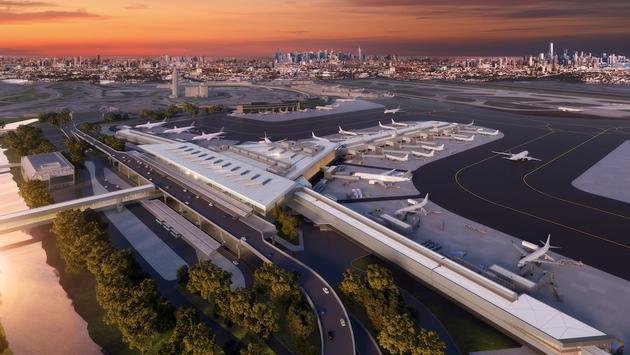 Newark-Liberty International Airport will have a gleaning new terminal when it officially opens on Tuesday, November 15.

The new facility, which will be ushered in with the usual pomp and circumstance and ribbon-cutting by dignitaries, will replace the old terminal that has stood at Newark for 50 years, according to Business Insider.

Sunwing Returns to Hamilton with Flights to DR, Cuba and MX
Airlines & Airports

The opening is just the first phase of the project. The new terminal will open with 21 gates and the second phase will include 12 more in about a year.

Various restaurants will dot the space and four new lounges – including an 18,000-square-foot American Express Centurion Lounge with what Business Insider described as stunning views of the Manhattan skyline across the Hudson River.

United Airlines is the largest tenant at Newark-Liberty and will have the bulk of the space in the new terminal, but other airlines will share the space including Air Canada, American Airlines, Delta, and JetBlue.

“Once it opens, we will increase our schedule accordingly to more than 400 flights,” said a spokesman for the Port Authority of New York and New Jersey, which operates the three major airports in the New York City area, including John F. Kennedy International and LaGuardia.

1M bottles of children’s medicine coming to Canada, but Island pharmacist calls that a ‘drop in the bucket’

‘We should have done better’: Via Rail CEO says sorry for holiday travel disruptions

Forget the old playbook. How investors should be ‘pricing in the damage’ of recession, says BlackRock