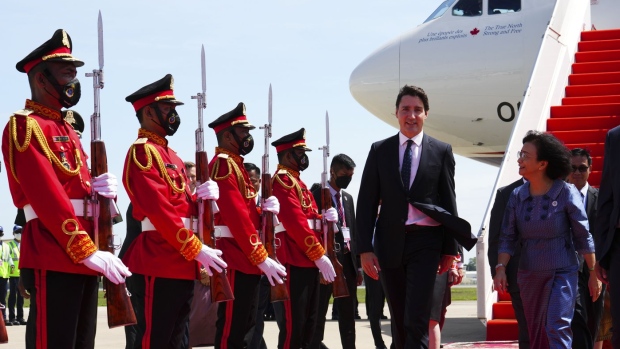 Prime Minister Justin Trudeau has touched down in Cambodia for a summit aimed at deepening economic ties with Southeast Asia, a region where Canada’s engagement has been sporadic.

Trudeau is in Phnom Penh for the leaders’ summit of the Association of Southeast Asian Nations, a bloc of 10 countries that includes some of the world’s fastest growing economies.

His first day will include a commemorative event to mark Canada’s 45 years of relations with ASEAN, just as the group negotiates a free-trade agreement with Canada.

A majority of ASEAN’s population is under 30, buoyed by a rising middle class in countries such as Indonesia and Thailand, and cheap labour that has companies relocating jobs from China to places like Vietnam and the Philippines.

As for Cambodia, Canada is one of its top trading partners, with bilateral trade amounting to $1.82 billion last year. Some 98 per cent of that involved goods Cambodia sold to Canada, such as garments and footwear, in exchange for just $38.5 million in Canadian goods, such as vehicle parts and artificial fur.

Trade between the two countries has ballooned despite a limited diplomatic presence. In 2009, the Harper government closed Canada’s embassy in Phnom Penh, downgrading it to a consular office. At the time, Ottawa cited a “serious examination of Canada’s current diplomatic representation abroad,” but many chalked the move up to budget cuts.

Wayne Farmer, head of the Canada-ASEAN Business Council, says it’s just one example of Ottawa falling behind the U.S., Australia, Britain and France in establishing strong trade ties with the region.

“But in the world of today with communication and transportation as they are, that’s also not as much of an excuse.”

Farmer said Canada used to have a large presence in ASEAN countries decades ago, in the post-colonial period of the 1960s, as a major aid partner.

Canada is still renowned in the region for taking a leading role in a global effort in the 1990s to clean up landmines.

And yet, Canada pulled back from the region just as some of the countries had crossed the threshold into being considered developed, and started to become economic heavyweights.

“We did have a reputation as the end of being in-and-out of the markets, as fairweather friends, and doing some strange things,” said Farmer, who is based in Singapore.

“It would have been the natural transition to go from assistance with development to then developing business.”

Still, Canada’s private sector has a growing presence in the region, with Canadian pension funds investing across the region. Insurance companies like Manulife and Sun Life are household names in ASEAN countries like the Philippines. One of Cambodia’s largest banks, ABA, is owned by Montreal-based National Bank.

Farmer argues Ottawa has made it harder to build on these ties. Canada requires a visa for business travellers from each ASEAN country, and upheld some of the strictest COVID-19 travel rules.

Immigration processing backlogs have delayed student visas, including for some who were halfway through their degree in Canada, and Farmer says Ottawa risks losing students to places like Australia.

Jeffrey Reeves, research director of the Asia-Pacific Foundation, said the West also hurt its reputation by doing little to allow developing countries to produce COVID-19 vaccines, such as through waving patents.

“China provided most of Asia with vaccines while the global West hoarded supplies and prevented technology transfers in overseas production,” he noted at a Nov. 1 panel.

“Those sort of things don’t honestly go unnoticed and they are not easily forgotten.”

Reeves added that Canada’s constant rhetoric about a rules-based international order does not resonate in Southeast Asia, where polling suggests many have a favourable view of China and Russia.

“Not only are these priorities out of tune with one another, but they can actually be oppositional,” he said, arguing Canada is wanted for its commodities but not “unwanted interference” in geopolitics.

Stéphanie Martel, a Queen’s University international-relations professor and leading expert on ASEAN, says Canada could instead play a role in building consensus on various issues.

She said Canada can build relationships with Southeast Asian countries by focusing on their individual trajectories, instead of painting them as under the thumb of China or the United States.

Martel says that comes down to “recognizing and respecting the fact that a lot of these countries do not fit neatly in these democratic versus authoritarian categories.”

The country is beset by corruption, limits on press freedom and human trafficking. China is helping upgrade Cambodia’s main naval base, which the U.S. sees as a threat to regional stability.

The ASEAN bloc is also dealing with an alarming human-rights situation in Myanmar, one of its 10 member states, where chaos has reigned since a February 2021 coup d’état by that country’s military.

The bloc has isolated that country’s leadership, but failed to reach consensus Friday on how to implement a peace plan developed months ago. 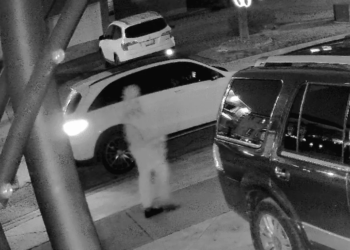 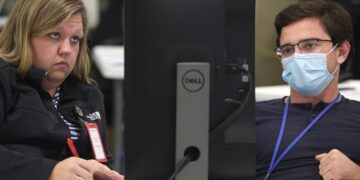 So what are the Democrats’ chances for maintaining control of the U.S. House of Representatives, with Republicans fewer than 10...