The Hospital for Sick Children says that it will be putting some surgical procedures on hold in an attempt to “preserve critical care capacity” amid a significant rise in patient volumes.

In a statement released late Friday afternoon, the hospital said that its intensive care unit census has been at least 127 per cent above capacity for several days now, prompting the move.

The hospital said that as of Nov. 14 it will be prioritizing “urgent, emergency and the most time-sensitive surgeries” while cancelling other scheduled procedures.

It is unclear how many procedures could be impacted by the change. The surgical backlog at SickKids had already nearly doubled during the COVID-19 pandemic, going from 3,800 in March 2020 to approximately 5,600 as of this past June.

“This decision was not taken lightly. The reduction in surgical activity will allow us to support areas of the hospital that need help managing increasing patient volumes and acuity, including the critical care units, pediatric medicine and Emergency Department,” SickKids President and CEO Dr. Ronald Cohn said in the statement. “I would like to express my deep gratitude to everyone at SickKids who is going above and beyond, doing the best they can, for patients and families, and for each other, during this difficult time.”

Children’s hospitals across Ontario have been reporting a significant rise in patient volumes due to respiratory viruses so far this fall.

In its statement, SickKids said that it has already increased the number of patients with “higher acuity” being treated outside of the ICU but is still dealing with capacity issues.

It said that it is also increasingly unable to accept new patients from community partners who likewise have “reached their maximum capacity.”

“We now find ourselves supporting our colleagues virtually to care for paediatric patients who would otherwise receive care at SickKids,” the statement notes.

News that SickKids will limit surgical procedures in an attempt to preserve capacity comes just hours after Trillium Health Partners confirmed that pediatric patients were no longer being admitted at Mississauga Hospital.

Instead, a spokesperson said that patients were being redirected to Credit Valley Hospital in an attempt at maximizing limited resources.

“By working together on one site, our clinical teams have been able to keep the same number of beds open to support children and families in need,” Keeley Rogers said in a statement provided to CP24. “We want to assure you that this has not decreased access to high quality care in our community and region. Our emergency department at Mississauga Hospital remains open to paediatric patients, and should admission be required, arrangements will be made for a transfer to CVH for care.”

The latest data from Critical Care Services Ontario’s daily census shows that there are 122 pediatric patients in intensive care, up from 111 the day before.

Ontario has a total of 112 intensive care beds for children.

In a statement issued earlier on Friday, NDP Health Critic France Gélinas called on the Ford government to take action to address a “hospital crisis” that is “getting worse by the day.”

“The government must take urgent action to address the distress signals coming out of hospitals, and especially children’s hospitals. We should address the staffing crisis, including ripping up Bill 124, promote COVID and flu vaccination, and start showing respect to our health care professionals,” she said. 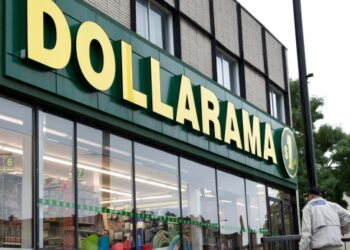 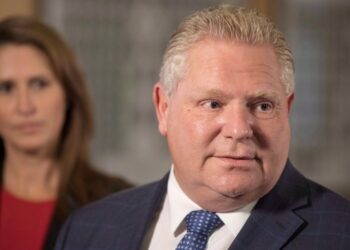 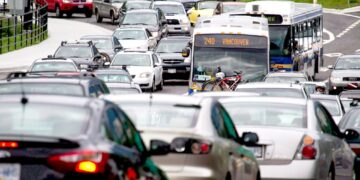 OTTAWA - A new census release from Statistics Canada Wednesday is expected to shed light on how people got to...

Interactive: Here are the politicians who received money from FTX’s Sam Bankman-Fried