‘We needed to shake off some rust’: Herdman reacts to Canada’s tie against Bahrain 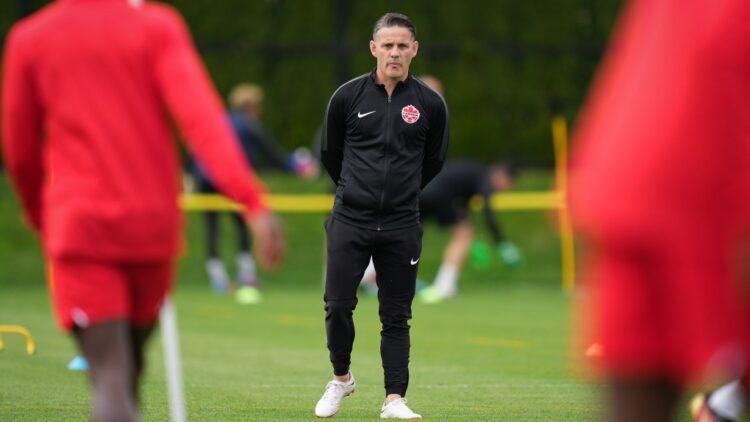 Missing some of its top talent, Canada tied Bahrain 2-2 on a 81st-minute own goal in a World Cup warmup match Friday.

After Bahrain pulled ahead in the 65th minute from the penalty spot, it paid for failing to clear the ball. Substitute Zachary Brault-Guillard sent in a low cross that bounced off forward Lucas Cavallini’s leg and a defender, deflecting into the Bahrain goal.

It was eventually ruled an own goal, rather than No. 18 for the burly Vancouver Whitecap striker, who did seem to do a little dance to get his leg onto the ball. But it then hit the defender next to him.

“A very good test and the sort of test we needed,” Canada coach John Herdman said. “We knew Bahrain were going to treat this like a big match and they brought a real intensity.

“It’s what we needed to just shake off some of the rust and for me to be able to assess some players at this level. I think what we learned is there were some good moments but there’s still some work to be done. We’ve got to get the team into some cohesion and get them back into that match rhythm.”

Herdman will soon be getting reinforcements.

He did not have his full squad for the Bahrain game, with almost all of his European-based players still in action with their clubs. They will be released after weekend matches with those selected to the World Cup roster heading to Doha.

Canada will announce its World Cup roster on Sunday with Herdman, who used 39 players in qualifying, settling on a final 26. Some decisions have already been made for him with goalkeeper Maxime Crepeau and defender Scott Kennedy unavailable through injury.

There was another setback Friday with defender Doneil Henry, who was to captain Canada for the second time, a late scratch after going down in the warmup.

“It’s been one of the toughest moments of my career today to see the big man suffering in there,” said Herdman, who was awaiting a further assessment of Henry’s injury.

Joel Waterman, making his Canada debut, started in his place with Samuel Piette leading the team out.

The Canadian men will play one last match, against No. 24 Japan, in Dubai next Thursday in advance of their World Cup opener against No. 2 Belgium on Nov. 23.

The Canadians got a taste of the conditions that await in Qatar. It was 29 degrees Celsius at kickoff (6:30 p.m. local time) at Al-Khalifa Stadium.

Canada, ranked 41st in the world compared to No. 85 for Bahrain, controlled most of the play and led early but paid for a mistake in a first half that ended tied 1-1. Bahrain showed itself to be a threat on the counter-attack.

Bahrain went ahead 2-1 some 20 minutes into the second half on an Abdulla Yusuf penalty after Alistair Johnston clipped Mohamed Marhoon on the edge of the penalty box. Canadian ‘keeper Dayne St. Clair got a hand to the penalty but couldn’t stop it

Bahrain showed a physical side early with Mark-Anthony Kaye felled in a tough tackle.

Kone opened the scoring in the sixth minute with his first goal for Canada, in his fourth appearance. Kamal Miller, with a long ball from deep in Canada territory, found his CF Montreal teammate, who used a deft first touch to race past a defender and steam toward goal without interference, beating Bahrain ‘keeper Ebrahim Lutfalla with a high shot.

A Cavallini tap-in goal in the 12th minute, off a seeing-eye pass from Jonathan Osorio, was flagged offside.

Bahrain answered in the 14th minute against the run of play through Mahdi Haumaidan. After Kaye failed to corral a pass at the back, Yusuf beat Waterman and found Haumaidan in the penalty box. His quick shot eluded a sliding Johnston and St. Clair, who got his right hand to the ball but could not keep it out.

For the Bahrain camp and match, Herdman was relying on MLS talent along with midfielder Liam Fraser who plays in Belgium for KMSK Deinze. Eighteen of the 21 players in camp were from Montreal, Toronto and Vancouver (including Toronto winger Jacob Shaffelburg on loan to Nashville SC).

TFC and Vancouver players in camp had not seen game action since the Oct. 9 MLS regular-season finale. Montreal exited the playoffs Oct. 23 in a 3-1 loss to New York City FC in the Eastern Conference semifinal.

For some, the hiatus was even longer. Prior to Friday, Osorio had played just 18 minutes since Aug. 20 due to post-concussion syndrome. He earned his 56th cap for Canada on Friday and looked sharp, playing the full match.

“Amazing,” said Osorio. “it’s been tough ΓÇª everybody helped me to come back and get to this point. I’m just really happy to be with the boys. They helped me out there on the pitch.”

The Bahrain game was also a milestone for both Herdman and Johnston.

Herdman marked his 46th international “A” match in charge of the Canadian men, moving him into second place on the all-time list past Stephen Hart with a record of (31-10-5). Bob Lenarduzzi holds the record at 62.

Johnston played in his 27th consecutive match for Canada, tying the record held by former captain Bruce Wilson. The 24-year-old from Aurora, Ont., made his debut against Bermuda in March 2021 in Canada’s opening World Cup qualifying game and has been a fixture ever since.

Johnston, who earned his 29th cap Friday, has not missed a Canada outing since a game in Aruba in June 2021.

St. Clair, earning just his second cap, started in goal behind a back three of Waterman, Johnston and Miller and a midfield of Richie Laryea, Piette, Kaye and Raheem Edwards with Osorio and Kone playing behind Cavallini.

Fraser, Brault-Guillard, Ayo Akinola, Jayden Nelson, Shaffelburg and Lukas MacNaughton, making his Canadian debut, came on in the second half. Miller, who seemed to be favouring a leg, came off in the 71st minute.

For Akinola, it was a first appearance for Canada since injuring his knee against the U.S. in July 2021 at the Gold Cup.

FTX’s stunning collapse nothing like Theranos, says venture investor and crypto bull Tim Draper: ‘This is about people who got ahead of their skis’ 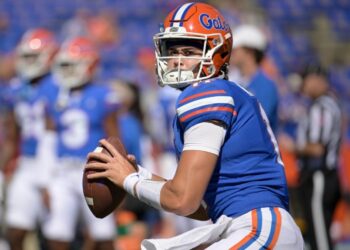 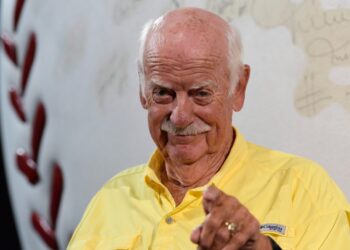 FTX’s stunning collapse nothing like Theranos, says venture investor and crypto bull Tim Draper: ‘This is about people who got ahead of their skis’ 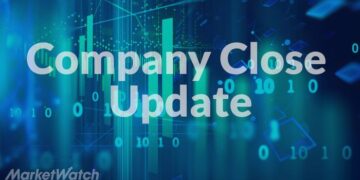