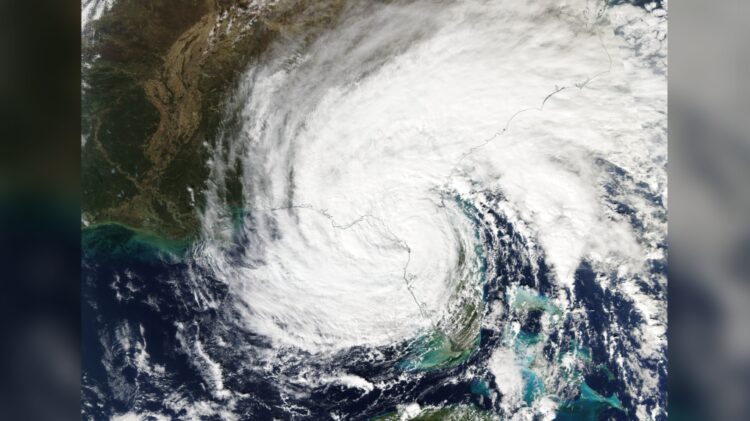 Rainfall warnings are in effect for most of the Maritimes ahead of post-tropical storm Nicole, which is expected to arrive Saturday. The storm is currently exiting north Georgia and will combine with a weather front moving in from the west. 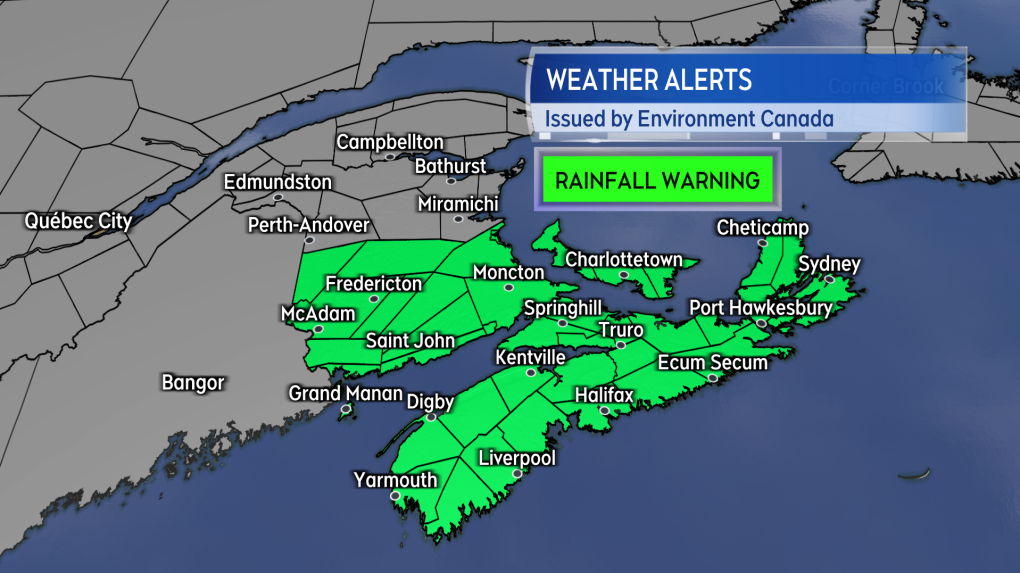 The rain will start in southwestern Nova Scotia and New Brunswick late Friday evening. By early Saturday morning, rain will be falling across the Maritimes.

Downpours will be present within the rain, reducing visibility and increasing the risk of hydroplaning conditions on the roads. The downpours will also contribute to some rainfall amounts reaching or exceeding 50 millimetres, which is the criteria for a rainfall warning. That is most likely for central and southern New Brunswick, Prince Edward Island, and Nova Scotia. In preparation for the rain, residents should consider checking property drainage to ensure it is clear of debris. 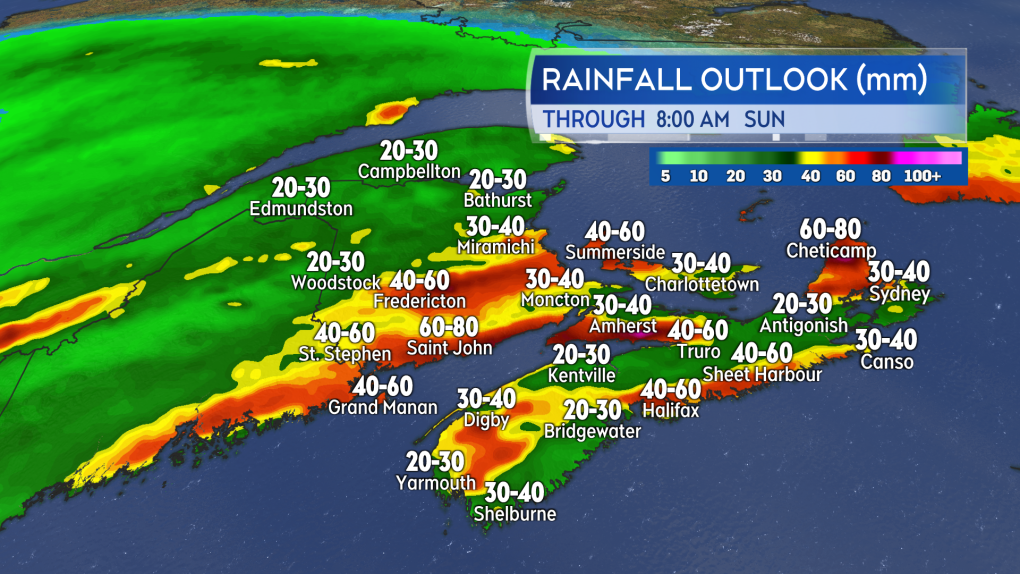 A widespread 20 to 40 mm on Saturday with some areas possibly reaching 50 to 80 mm as a result of downpours.

The highest winds mostly out of the south, except out of the northeast for the Acadian coastline of New Brunswick.

While these type of winds are typical with an autumn storm, there may be weakened trees and infrastructure left from storm Fiona. This may elevate the risk of power outages beyond what would be typically expected with a storm of this strength. 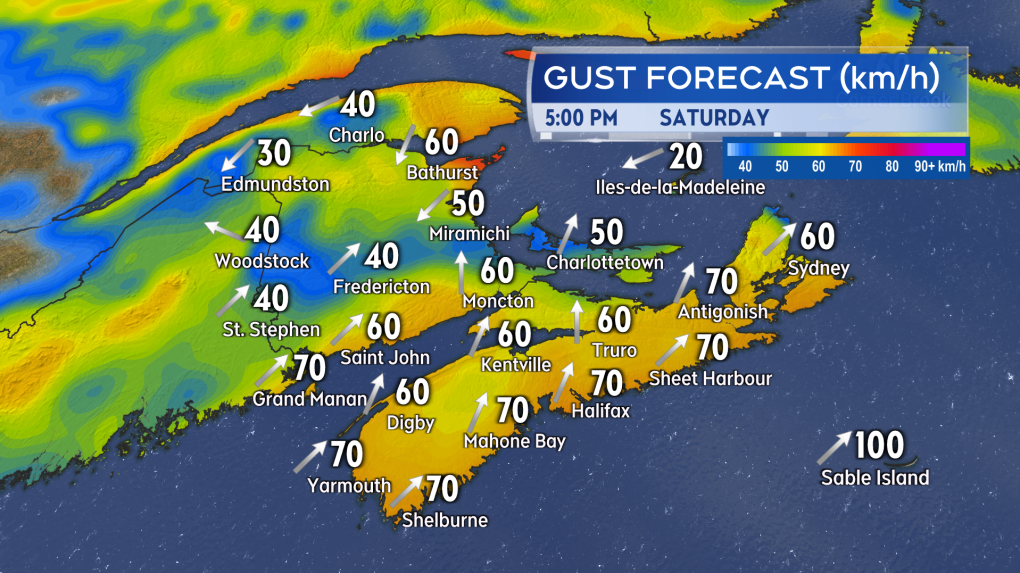 There is minimal risk of storm surge and coastal flooding with the storm. One area of concern that the Canadian Hurricane Centre notes is a risk of minor flooding affecting northeastern New Brunswick and the Gaspe region. Some extra caution is warranted for those coastal areas during the morning and evening high tides on Saturday. 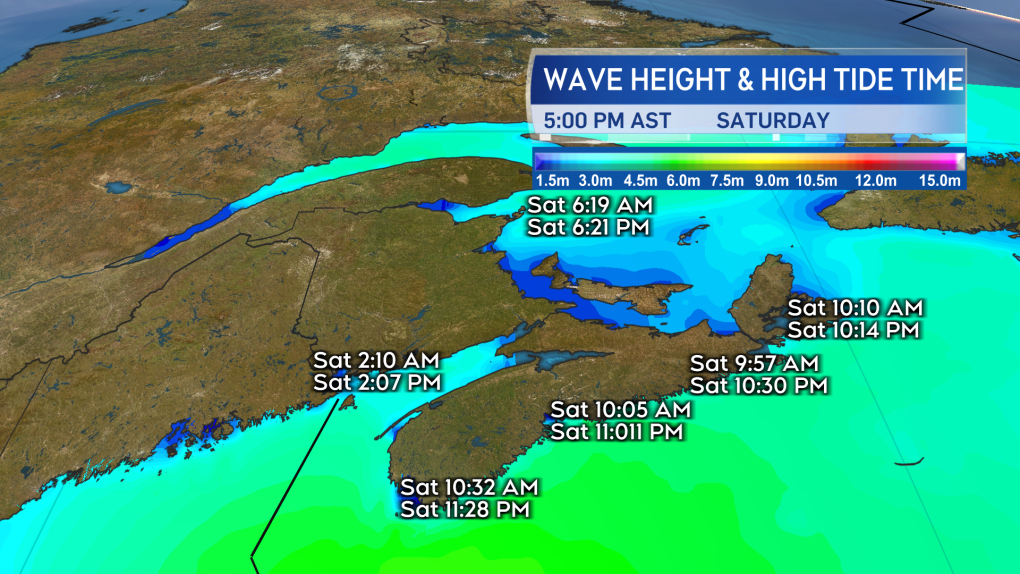 Rough surf and an onshore wind will be present for some of the coasts. Be cautious if around the coast particularly near high tide times on Saturday.

Toyota and its subsidiaries sold nearly 10.5 million vehicles in 2022. Japan's Toyota was the world's top-selling automaker in 2022,...

Ontario patients did not turn to ERs in place of in-person doctor visits, study found