No Result
View All Result
Home Tech Other

by author
in Other
Reading Time: 6 mins read
0 0
A A
0
0
SHARES
10
VIEWS
Share on FacebookShare on TwitterLinkedinReddit

The introduction of VAR at the last World Cup proved one thing for sure: It’s nigh impossible to remove controversy from soccer even at the highest level.

The technology—short for Video Assistant Referee—has transformed the game, but not everyone agrees that the change has been for the better.

Part of the reason is because the rules of the game remain open to interpretation, so there still aren’t enough camera angles or slow-motion replays to reach a unanimous consensus for every incident on the field.

At some point, human discretion will still be required, and that opens up the potential for argument.

Even matters that can be determined using frame-by-frame evidence is not immune from dispute. A classic example would be the number of offside calls labeled to be “against the spirit of the game.”

Some argue a modicum of common sense should give the benefit of the doubt to the attacking team. The logic being that a measurement that could be as small as the length of fingernail should not be enough to see a goal disallowed.

The problem, however, comes when deciding where the new bar should be set. Should it be the length of a finger? A hand? An arm?

It becomes a discretionary call—and from there comes the issue of consistency, of human error, of controversy.

For so long coaches have stuck to the mantra of wanting consistency. However unsatisfying the use of VAR is for offside calls, it is, for the most part, consistent.

Yet in October, Tottenham manager Antonio Conte was sent off for his furious reaction after Harry Kane’s injury-time goal against Sporting Lisbon in the Champions League was ruled out.

“VAR is doing a lot of damage,” the Italian coach said. “I want to see if in another stadium of a big team if they are ready to disallow this type of goal. I’d like to know this.”

There was period at the 2018 World Cup when it felt like everything was a penalty—there were a record 29 at the tournament four years ago. After that came a spell when penalties were endlessly being retaken because of the number of encroachments or premature movements from goalkeepers, all of which could be meticulously dissected back at VAR headquarters.

The system has ironed itself out since then, but controversy remains.

Jurgen Klopp was critical of it in Liverpool’s 3-2 loss to Arsenal in October. Pep Guardiola’s rage when Manchester City had a goal ruled out against Liverpool at Anfield a week later was a defining image of that match.

It has also become a unifying force among supporters. They hate it.

However, the sight of the referee gesturing to review an incident on a sideline monitor is greeted with celebration in the expectation a decision will almost certainly be overruled or corrected.

Like it or not, VAR has become an intrinsic part of the game since it was first introduced to international soccer in a game between Italy and France six years ago.

“That was on Sept. 1, 2016, and in the six years since, VAR has not brought the ‘end of football,’ as some reported at the time, but instead it is now part of the fabric of our sport, and it is hard to imagine football without it,” former referee Pierluigi Collina told FIFA.

“VAR has been one of the biggest changes in the history of football, so it is understandable that it takes people time to comprehend and appreciate it. Encouraging players, coaches, fans and the media to better understand the technology and its uses has been a crucial goal for us over the past years.”

Collina accepts decision-making can still be too lengthy a process. Newer technology has been designed to improve that. Semi-automated offside technology will be deployed in Qatar, which will include a tracking system to pin-point the precise positions of players. In-stadium graphics will better illustrate decision-making for fans.

But that will not remove the subjective nature of officiating—and with it the potential for ever more controversy.

Citation:
VAR still controversial 4 years after its World Cup debut (2022, November 11)
retrieved 11 November 2022
from https://techxplore.com/news/2022-11-var-controversial-years-world-cup.html
This document is subject to copyright. Apart from any fair dealing for the purpose of private study or research, no
part may be reproduced without the written permission. The content is provided for information purposes only.
Tags: human error
Previous Post

North Korea’s nuclear program is funded by stolen cryptocurrency. Could it collapse now that FTX has? 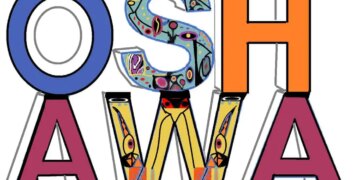 A location has been selected; now there’s only the ‘small’ matter of funding for a proposed giant landmark sign to...

‘Buckling up for a rough 2023’: Survey finds Canadians reining in holiday spending amid fears of possible recession

The mind behind the Rubik’s Cube celebrates a lasting puzzle

Creating a long-lasting platform to map the future of energy