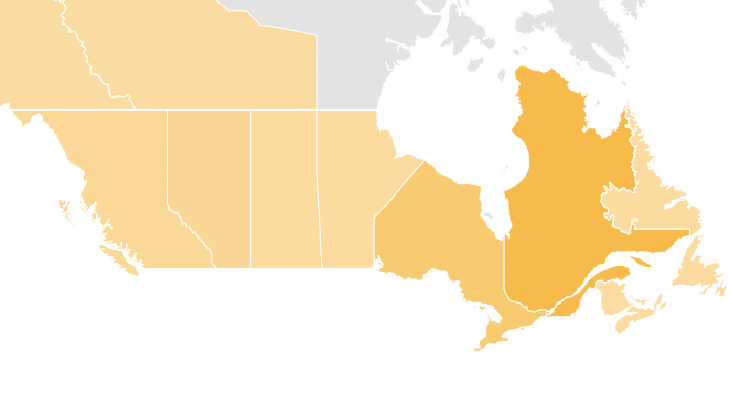 Children fighting a seasonal illness called respiratory syncytial virus (RSV) are filling emergency rooms across the country, and there’s no vaccine that can prevent infections. At least not yet.

RSV is a common infection many people will have fought at least once by the age of two.

While seniors and children under two are especially susceptible to severe illness, most children infected with RSV experience cold-like symptoms that clear up after a week or two.

This fall, however, more children than usual are suffering from intense and lingering RSV symptoms. Canadian health officials and health-care professionals say this is partly due to children not having been exposed to the virus for several years during the COVID-19 pandemic.

“Immunity to… respiratory viruses is lower given less circulation of these viruses over the last two winters, as well as the need to update influenza vaccine protection,” Dr. Howard Njoo, Canada’s deputy chief public health officer said during a televised COVID-19 update on Nov. 10.

While there are no vaccines on the market that prevent RSV infection, there is a medication that can help prevent serious illness in high-risk children, and some pharmaceutical companies are in the late stages of developing a vaccine.

Here is what we know about treatment for RSV, and the vaccines that could soon hit the market.

According to the Public Health Agency of Canada, the risk of severe RSV infection requiring hospitalization is higher in babies under two years old and those with underlying health conditions, including premature birth, chronic lung disease, congenital heart disease and other conditions requiring special care.

For the most vulnerable babies and young children, doctors and nurses can administer a medication called palivizumab on a monthly basis during cold and flu season. While it doesn’t prevent infection, palivizumab can help boost a child’s infection-fighting antibodies to prevent serious illness.

It’s an important tool medical professionals can use to protect vulnerable children like three-year-old George Dempsey, from Cookstown, Ont. In January 2020, an RSV infection landed George in a hospital intensive care unit for two months with severe symptoms.

At the time, his parents knew George hadn’t been developing typically for a child his age, but they hadn’t yet received a diagnosis. It was while George was being treated for RSV that they learned he had a rare neuromuscular disease called X-linked infantile spinal muscular atrophy.

Some children with neuromuscular disorders can’t cough to properly clear their airways, experience respiratory muscle weakness and struggle to swallow. This places them at risk of severe illness or death if infected with RSV, according to research published in the journal Paediatric Respiratory Reviews in 2009.

Palivizumab can help children like George fight the virus and decrease their odds of sustaining permanent lung damage.

“(For) children like George, every illness like this changes their baseline health,” George’s mother, Lauren Dempsey, told CTVNews.ca in a phone interview on Thursday.

“Any other kid, when they’re coughing, their lungs are building strength. George’s lungs can’t work like that. So anytime he’s in these illnesses, machines have to step in to help him which then further degrades his lung health.” 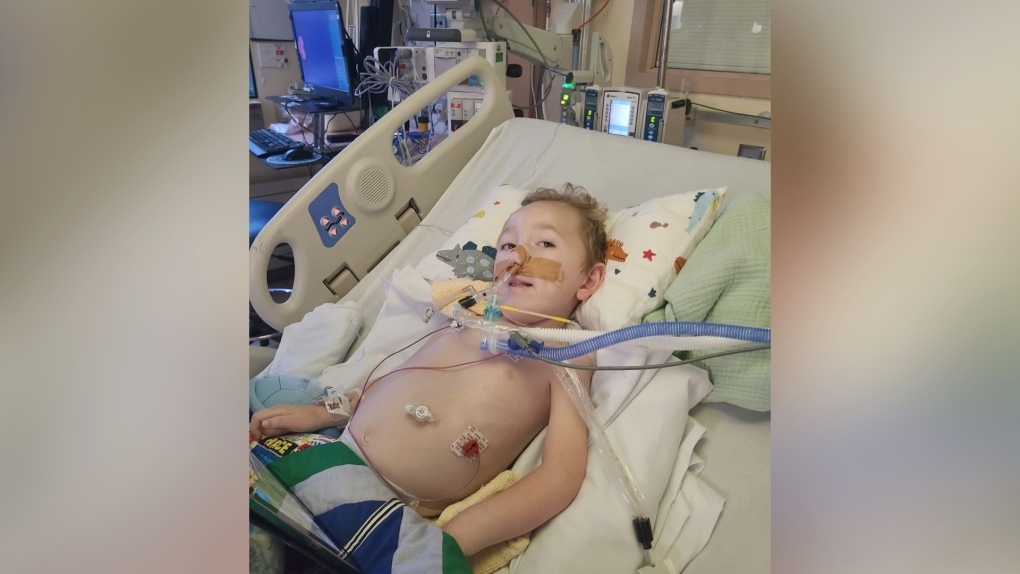 George Dempsey, 3, in the hospital, intubated, after being diagnosed with a respiratory virus. (Source: Lauren Dempsey)

Following his diagnosis, George was enrolled in Ontario’s Respiratory Syncytial Virus Prophylaxis for High-Risk Infants Program, which provides free access to palivizumab for children who meet certain criteria. He received the drug that year, and again in 2021.

Because the medication is costly, and there is limited data on its efficacy in older, larger children, provincial governments maintain tight restrictions on who can receive it.

For example, children older than two years are typically not eligible to receive the drug through Ontario’s program, which means George aged out in late 2021 and has not received the medication this year. His mother says he is currently in hospital again, fighting another severe RSV infection.

Dempsey has submitted an exemption request to the provincial government, with a letter of support from staff at SickKids hospital. She argues that while George is older than two on paper, physically he’s more like an infant than an older child, which should qualify him for an exemption to remain in the program. If he’d received palivizumab this year, she said, he would be in better shape right now.

“The severity of his symptoms would have been far lower,” she said. ” And like the letter from SickKids said, this (medication) is vital to protecting his overall lung health.”

Relief may be on the horizon for doctors, parents and patients desperate for an RSV vaccine, with several drug manufacturers saying they’re close to the finish line. In fact, infectious diseases specialist Dr. Isaac Bogoch anticipates an RSV vaccine could be ready for market by the next cold and flu season.

“Hopefully in the next year or so,” he told CTV’s Your Morning on Friday. “These are advanced clinical trials and the results that have come out look extraordinarily promising.”

American pharmaceutical company Pfizer is developing an RSV vaccine for pregnant people, and announced on Nov. 1 it has wrapped up a Phase 3 clinical trial for that vaccine. Bogoch said such a vaccine would ideally provide protection to infants in-vitro when administered to pregnant people.

British pharmaceutical company GSK is developing a vaccine for seniors, who are also considered at risk for severe RSV infection, and Moderna announced in February this year it would launch a Phase 3 clinical trial of its own mRNA vaccine for adults aged 60 and older.

According to Health Canada, other drug makers, including Janssen, AstraZeneca, Novavax and Bavarian Nordic, are also working on RSV vaccines.

The future of RSV prevention and treatment looks promising right now, according to Bogoch.

“I think we’re seeing so much progress in this field from multiple organizations, multiple companies with very advanced clinical trials rolling out,” he said. “We’ll probably see something sooner than later.”

OTTAWA - Shopify Inc. says sales by merchants on its system set a new record for Black Friday as they...