At roughly 9:45 am, the skies began to open and lightly drizzle on the upcoming Remembrance Days throughout the region – 15 different services in the 12 municipalities.

So far it hasn’t been the downfall that Environment Canada called for, which was anywhere from 30 to 50 mm (one to two inches) from Friday morning to Saturday morning but the weather agency predicted it was coming closer to noon today.

It will peak tonight, says the bureau, saying the region is dealing with the tail end of Hurricane Nicole as it swings across southern Ontario.

Due to poor visibility, drivers are warned to turn on their lights, maintain a safe following distance and expect possible flash flooding and water pooling on roads. 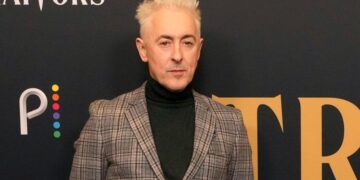 Canadian, back home from Ukraine, shares harrowing stories of life on the front lines