A 60-year-old man is dead after his vehicle struck a horse, which was part of a large herd that escaped from a farm near Newmarket, Ont., Friday morning.

York Regional Police (YRP) officers responded to reports of a single-vehicle rollover in the area of Davis Drive West and Keele Street in the Township of King at around 2:45 a.m.

When officers arrived at the scene, they learned that several horses from a nearby farm had escaped onto Davis Drive. Police initially said that 20 to 30 horses were on the loose in the area.

A grey Toyota Corolla reportedly struck a horse on the road and then hit a culvert, causing the driver to be ejected from the vehicle, police said.

The driver, a 60-year-old man from Newmarket, was pronounced deceased at the scene.

“One horse was found deceased at the scene. The remaining horses that were loose were collected and returned to the farm,” police said in a news release Friday afternoon. 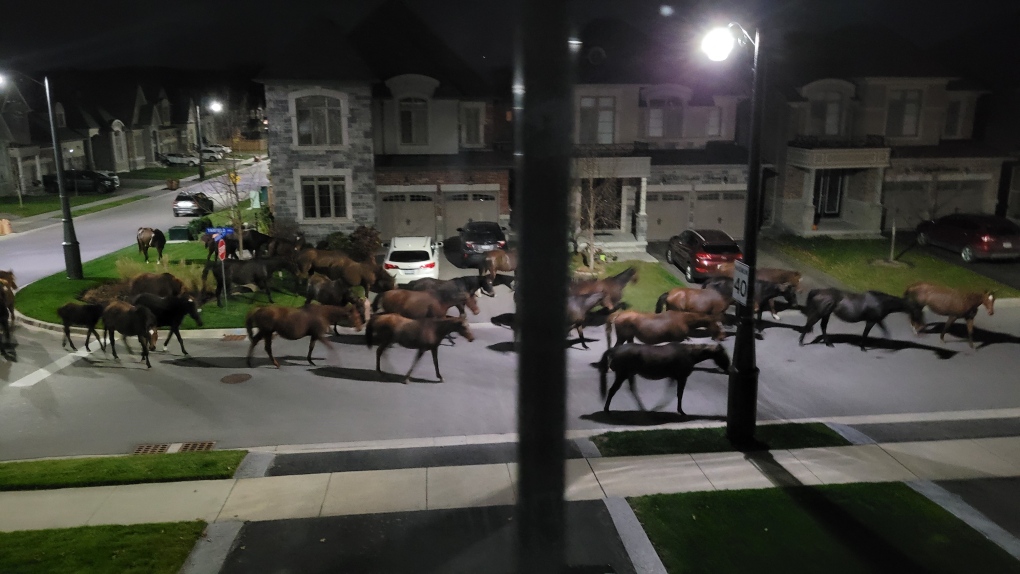 A herd of horses is seen roaming through a residential area near the scene of a serious vehicle rollover in Newmarket, Ont. on Nov. 11, 2022. (Shauna Fernandes Chagani)

It is unknown how the horses escaped from the farm.

The farm was also not identified by police.

Davis Drive is expected to be closed between Keele Street and Dufferin Street for some time as police investigate.

In a video sent to CP24, dozens of the horses are seen strolling through a residential neighbourhood near the scene of the crash.

“When I was watching it, I thought I was dreaming,” resident Mark Escobar told CP24.com.

Escobar lives on Sweetwater Crescent, near Davis Drive and Bathurst Street, and has cameras set up around his property.

He said he was awoken by alerts on his phone from his camera at around 2:45 a.m., and was startled by what he saw in the footage.

“They (horses) got really close to, I guess, the car or one was getting really close to the front door so the camera got triggered because typically if it’s just a random person walking on the sidewalk typically we don’t get notified but I guess it was big, it was huge. Like these things were massive,” he said. 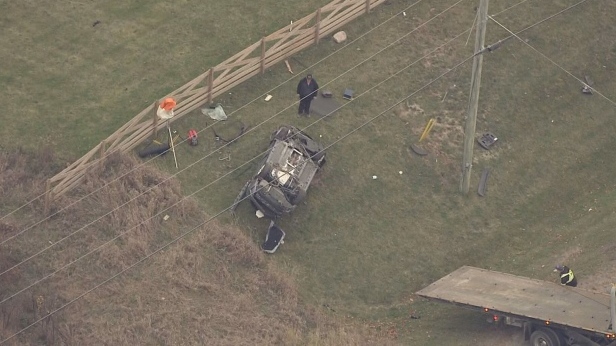 Escobar added that the horses left their mark during their journey through his neighbourhood.

“There were a bunch of them (horse droppings), like they were everywhere in people’s driveways. They were on the sidewalk, on the streets.”

He said a lot of the droppings have since been cleaned up.

Investigators are asking any witnesses who have not yet spoken with police or anyone who may have dashcam footage of the collision to contact them at 1-866-876-5423, ext. 7704, or to call Crime Stoppers anonymously at 1-800-222-TIPS or online. 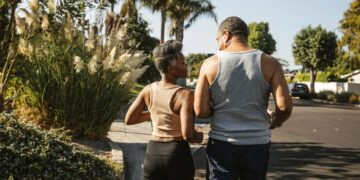 Share on PinterestThe Good Brigade/Getty ImagesA new study found that people who carried excess weight in midlife had a higher...