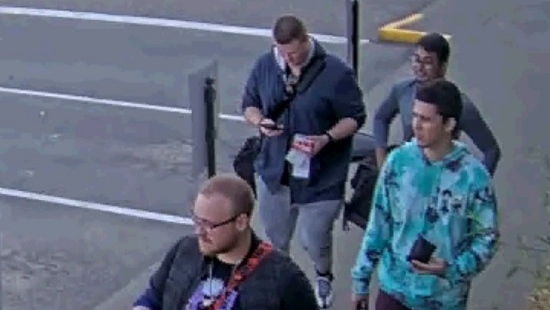 Mounties are searching for four men who allegedly worked together to steal thousands of dollars in computer gear from an electronics store in Langford, B.C.

The West Shore RCMP say the shoplifters entered the Best Buy at 779 McCallum Road at 3 p.m. on Oct. 9.

Once inside, the men allegedly stole several Apple keyboards and iPads valued together at nearly $4,000.

Investigators are asking the public to help identify the men.

The first suspect is described as a white man about 28 years old. He stands approximately 6’2″ tall with a heavy build and a blond buzz cut. He was wearing a black vest with a black T-shirt, grey shorts, tan sneakers and was carrying a black duffle bag.

The second man is described as white and in his early 20s. Police say he is approximately 5’8″ tall with a heavy build and a brown buzz cut. He was wearing a black jacket, jeans, white shoes and was also carrying a black duffle bag. 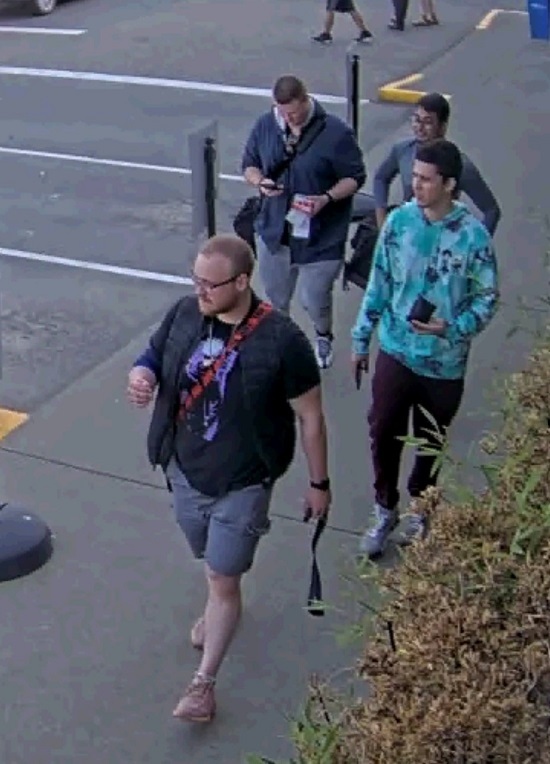 The third man is of South Asian descent and in his early 20s, police said. He stands approximately 5’6″ tall with a slim build and black hair. He was wearing a blue sweater, blue pants, black-framed glasses and white sneakers. He too was carrying a black duffle bag.

The final suspect is described as a man in his early 20s, possibly of South Asian descent. He is approximately 5’6″ tall with black hair and a slim build. Police say he was wearing a light-blue hoodie and burgundy pants.

Anyone who recognizes the men from the suspect descriptions or surveillance photos provided is asked to call the West Shore RCMP at 250-474-2264. 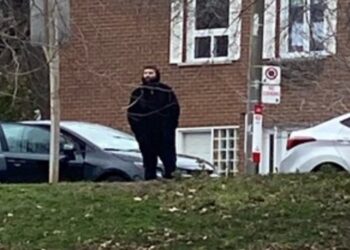 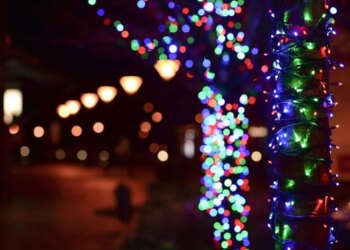 The lockdown of Foxconn's Zhengzhou factory has highlighted some of the risks of relying on zero-Covid China's manufacturing sector. The...