by author
in Business, Electronics & Semiconductors
Reading Time: 3 mins read
0 0
A A
0

Japan is investing almost half a billion dollars to beef up semiconductor development and production in a “last chance” attempt to keep its position as a major player on the global technology stage, the government said Friday.

The new company Rapidus, which means “quick” in Latin, will work on developing next-generation, or “post-5G,” semiconductors, according to the Ministry of Economy Trade and Industry.

These advanced chips will allow for smart gadgets and smart cities with high-speed sensors and transmission. The components have to be extremely thin—a fraction of a hair’s breadth.

The 70-billion-yen ($490-million) effort will involve working closely with major Japan ally the U.S. to bring together “the best and the brightest” from both nations, the ministry said in a statement.

Japan has long prided itself on being a technological powerhouse, including in chips production, but the ministry acknowledged Friday that Japan had fallen 10 years behind the global competition, including the U.S., South Korea, Taiwan and some European nations.

Now was “Japan’s last chance” to remain a player in the sector, it said.

The recent lockdowns in China related to the coronavirus pandemic have brought to light Japan’s dependence on other nations for computer chips and other key components. Analysts say the uncertain future of U.S.-China relations, which could put supplies from China at risk, adds to the growing concerns.

But the change will take time. Japan is aiming for mass production of the chips by the late 2020’s, or within several years, the ministry said.

Next-generation chips are expected to be crucial for artificial intelligence and automated driving systems. Investing in such technology will lead to jobs and growth, the Japanese government said.

Citation:
Japan vies for ‘last chance’ as major global chip producer (2022, November 11)
retrieved 11 November 2022
from https://techxplore.com/news/2022-11-japan-vies-chance-major-global.html
This document is subject to copyright. Apart from any fair dealing for the purpose of private study or research, no
part may be reproduced without the written permission. The content is provided for information purposes only.
Tags: artificial intelligencesmart cities
Previous Post 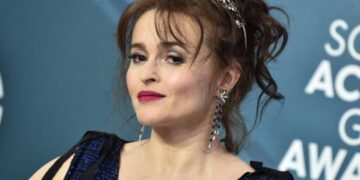 Helena Bonham Carter shared what it was like to go through menopause while her two children were going through puberty.Although the...

What are the symptoms of long COVID? Canadians suffering share their experiences