Crisis-struck cryptocurrency platform FTX has gone bankrupt in the United States and its chief executive Sam Bankman-Fried has resigned, it said Friday, the latest blow in a saga that has reverberated across the digital currency landscape.

The filing comes after the world’s biggest cryptocurrency platform Binance agreed to buy its rival earlier this week but backed out, leading market players to consider possible regulator responses.

FTX Group announced in a statement Friday that it filed for Chapter 11 bankruptcy proceedings, adding it has begun an “orderly process to review and monetize assets for the benefit of all global stakeholders.”

Chapter 11 is a US mechanism allowing a company to restructure its debts under court supervision while continuing to operate.

This week’s financial chaos at FTX has seen major cryptocurrencies, including bitcoin, plunge.

Bankman-Fried issued a “sincere” apology Thursday, adding FTX would do “everything we can to raise liquidity.”

The cash-strapped company added in its statement that it has appointed John J. Ray as chief executive with immediate effect.

“The immediate relief of Chapter 11 is appropriate to provide the FTX Group the opportunity to assess its situation,” said Ray in the statement.

“Stakeholders should understand that events have been fast-moving and the new team is engaged only recently.”

“Many employees of the FTX Group in various countries are expected to continue with the FTX Group and assist Mr Ray and independent professionals in its operations during the Chapter 11 proceedings,” the statement said.

Binance chief executive Changpeng Zhao defended himself against accusations of any purposeful plot after the deal fell apart.

“FTX going down is not good for anyone in the industry. Do not view it as a win for us. User confidence is severely shaken,” he tweeted.

The platform’s collapse came as a shock even for an already turbulent industry.

Bankman-Fried, who worked as a broker on Wall Street before moving to Hong Kong in 2017, had cultivated friends in Washington and basked in glowing tributes when he stepped in to rescue other ailing crypto companies earlier in the year.

The FTX turmoil is a spectacular reversal of fortune for the founder and one-time cryptocurrency wunderkind.

“This is another black eye for the industry,” David Holt, a cryptocurrency industry expert at CFRA, said of FTX’s troubles.

Doubts had already been growing about the financial stability of FTX, despite Bankman-Fried’s good standing in Washington as a public face of crypto investing.

Attention had focused on the relationship between FTX and Alameda Research, a trading house also owned by Bankman-Fried that was taken down from the internet on Wednesday, reports said.

Media reports suggest FTX had needed to find about $8 billion to plug a massive hole in its finances and escape bankruptcy.

Bankman-Fried, the son of Stanford Law School professors and a graduate of the elite Massachusetts Institute of Technology, has long been a vocal advocate for smoother access to the crypto market for the general public, particularly in the United States.

Citation:
Cryptocurrency platform FTX goes bankrupt in US, boss resigns (2022, November 11)
retrieved 11 November 2022
from https://techxplore.com/news/2022-11-cryptocurrency-platform-ftx-bankrupt-boss.html
This document is subject to copyright. Apart from any fair dealing for the purpose of private study or research, no
part may be reproduced without the written permission. The content is provided for information purposes only.
Tags: immediate effect
Previous Post 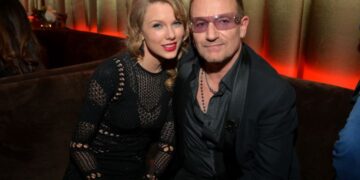 Taylor Swift Hints At Collab With Bono, Who Declares Himself To Be A ‘Swiftie’

Could a Taylor Swift collaboration with Bono be in the works?The possibility arose when Swift and the U2 frontman appeared...