Caltech Hall is getting stiffer, according to decades of data

by author
in Engineering
Reading Time: 3 mins read
0 0
A A
0

Caltech Hall, a 55-year-old nine-story reinforced concrete building on the Caltech campus, has been getting structurally stiffer over the past 20 years, according to a new report published in The Seismic Record.

Previous work by seismologists and engineers had documented the building softening—that is, decreasing in stiffness—from its construction in 1967 through 2002. This trend has reversed, and today the building is back to the state it was in 1986.

This unexpected conclusion was discovered by analyzing seismic data recorded continuously since 2001 on the building’s ninth floor.

Caltech Ph.D. student Ethan Williams and colleagues show that for Caltech Hall (formerly known as Millikan Library), the natural frequencies have increased gradually by about 5% in the east-west direction and 2% in the north-south direction over the past 20 years. These frequencies have varied by as much as 9.7% over scales from seconds to decades, they found, implying up to 20% variation in the building’s stiffness between earthquakes.

“Engineers generally assume that buildings are either stable or degrade over their lifetime,” said Williams. “There’s no expectation, or really any understood mechanism, for how a concrete building should be getting stiffer.”

In addition to the 20-year increasing trend, researchers found that the building’s natural frequencies varied depending on season and rainfall, as well as non-structural renovations such as removing library shelving on some floors and replacing it with plastic cubicles.

Such large variability poses a significant challenge for seismic structural health monitoring, according to Williams. “Most instrumented buildings have triggered seismometers, meaning that we only get to measure a building’s natural frequencies when there’s an earthquake,” he said. “If the stiffness can vary by 20% between earthquakes, then detecting earthquake damage just by looking for changes in stiffness may be unreliable.”

The researchers also found substantial short-term changes in the natural frequencies, after analyzing data collected during earthquakes and forced vibrations. Williams and colleagues documented rapid decreases in frequencies (building softening) at the onset of shaking like that from an earthquake, followed by a slower recovery over minutes. The stronger the shaking, the softer the building appeared.

It’s interesting that the building is getting stiffer, Williams said, “but the short-term dynamic elasticity is at least as important for engineering practice.”

As an example, Williams points to probabilistic seismic hazard analysis: “Ground motions used in structural design are often expressed in terms of spectral acceleration, which bakes in the assumption of linear, time-invariant elasticity. If a building’s natural frequencies are continuously changing over the course of an earthquake, then spectral acceleration isn’t going to accurately represent the peak motions for a given event.”

As for the cause of Caltech Hall’s wandering natural frequencies, Williams and colleagues offer a few suggestions, but they stress that these are just speculation. For instance, groundwater that migrates through cracks in the foundation could deposit calcite that heals those cracks, increasing the building’s stiffness over years to decades. During strong shaking, pre-existing fractures in the concrete could open up or soil beneath the foundation could shift, causing the temporary softening.

Better explanations may come as continuous seismic data is recorded in more buildings, according to Williams. “There are so few buildings with continuous instrumentation that there’s a real question, is Caltech Hall just special and interesting, or are all reinforced concrete buildings so complicated and dynamic?” he asked.

More information:
Ethan F. Williams et al, Variability in the Natural Frequencies of a Nine-Story Concrete Building from Seconds to Decades, The Seismic Record (2022). DOI: 10.1785/0320220032
Provided by
Seismological Society of America
Citation:
Caltech Hall is getting stiffer, according to decades of data (2022, November 11)
retrieved 11 November 2022
from https://techxplore.com/news/2022-11-caltech-hall-stiffer-decades.html
This document is subject to copyright. Apart from any fair dealing for the purpose of private study or research, no
part may be reproduced without the written permission. The content is provided for information purposes only.
Tags: buildingearthquakefrequencyseismic datastiffnessstrong windsstructural design
Previous Post

Louis Tomlinson Talks Keeping In Touch With His One Direction ‘Brothers,’ Supporting Each Other’s Solo Projects

Louis Tomlinson Talks Keeping In Touch With His One Direction ‘Brothers,’ Supporting Each Other’s Solo Projects 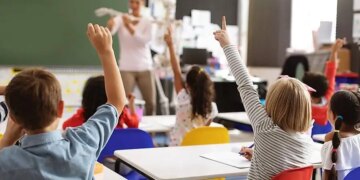 Both Niagara school boards quick to welcome back students

Both Niagara school boards quick to welcome back studentsPreferred Region How does this work? Community | Education |By Don Redmond...

UK minister under fire for calling migrants an ‘invasion’