The union representing over 2,000 striking GO Transit workers has resumed its contract negotiations with Metrolinx after accusing the transit agency of intentionally delaying bargaining talks.

The two sides initially planned to meet again on Friday, but the Amalgamated Transit Union (ATU) Local 1587 announced yesterday that it would meet Metrolinx back at the negotiating table today at 1 p.m.

GO bus service has been suspended since Monday following a decision by ATU members to walk off the job after a deal was not reached over the weekend. The strike comes after seven months of contract negotiations.

Members held a rally this afternoon outside of the Sheraton Centre in downtown Toronto, where negotiations are taking place

Metrolinx previously said the ATU raised new issues during talks over the weekend that it didn’t have enough time to address before workers planned to go on strike. Metrolinx also said the ATU “walked away from negotiations on Sunday afternoon.”

ATU International Vice President and lead negotiator for the union Manny Sforza said that his team never walked away from the bargaining table, but had to go ahead with a strike because Metrolinx wanted to keep negotiating for another four weeks.

In a statement released prior to today’s contract talks, Metrolinx said their representatives “are at the table, ready to negotiate.”

“We are bringing forward an updated proposal that continues to provide firm commitments on job security and contracting out, while working on several other items that were first raised by the ATU on Sunday. We will remain at the table and are hopeful to reach an agreement to get our employees back to work and customers moving,” the statement said.

The ATU’s main sticking point throughout the bargaining talks has been around protection from the contracting out of work.

“The Union maintains that contracting out of public transit is the wrong course of action as private companies put profits over safety and service. Since bargaining began in April, the Union emphasized that safety and job security are its top priorities.”

Sforza said yesterday he was optimistic over the weekend that a tentative deal could be reached to avoid a strike but after Metrolinx refused to put a new business plan in writing, union members had no choice but to walk off the job.

Sforza added that the plan addressed the three main issues that union members were concerned about and was agreed to in principle by both sides.

“If it’s a business plan and you’re going to do it, put the three items on the table and we’ll settle a strike that should have never happened,” said Sforza.

Metrolinx has previously said that there will be no GO bus service until further notice because of the strike, but GO trains and UP Express trains continue to operate. 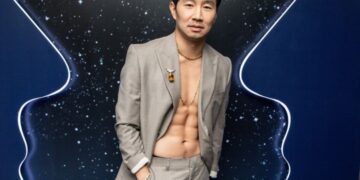 Simu Liu is setting screens ablaze with his killer abs picture.Liu was present at the Tiffany & Co. event held...