Ahead of the one year anniversary of British Columbia’s devastating November floods, the government is investing more than $41 million into recovery efforts.

Wearing a white hard hat and high-visibility vest, Farnworth revealed more than 500 debris sites have been cleared so far, but said “there is more work underway to remove sediment, repair damaged dykes and river channels.”

The $41 million will go towards work on Sumas River, Clayburn Creek, Killgard Creek and Vedder Canal. Farnworth says more than $1.6 million is being reserved for permanent repairs to the Sumas Dyke.

Those repairs are being handled by the City of Abbotsford and the Semá:th First Nation, and are expected to be complete by the end of this month.

Speaking after Farnworth, Chief Dalton Silver commended the province for including Semá:th peoples in the recovery process.

“We’ve said before we haven’t been as involved as we’d like to,” Silver said. “I think the work we need to do needs to be done all together…I really do hope we can create a better place for our people in the future, and for the wildlife as well.”

More than 3,300 residents were forced from their homes when a series of atmospheric rivers caused the Nooksack River to overflow and flood areas of Abbotsford and the Sumas Valley.

About 630,000 chickens, 12,000 hogs and 420 cattle died during the extreme weather events, which also washed out highways and caused landslides elsewhere in the Lower Mainland that killed five people.

After the waters cleared away, officials promised to find solutions to reduce flood risks for the Fraser Valley.

Earlier this week, Highway 8 – a key transportation route for several First Nations communities that was damaged in the same storms – was also reopened.

The highway was damaged in 32 different areas during the storms, with a total of seven kilometres of the route washed away.

Next, Farnworth says the province is working on establishing a government structure that includes municipal, Indigenous, provincial, state and federal officials to address the ongoing risk of flooding due to climate change. 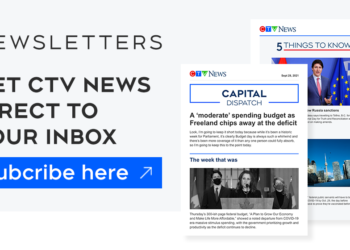 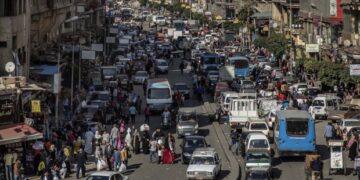 Saudi Arabia extends terms of $5 billion in aid to Egypt

CAIRO (AP) — Saudi Arabia agreed Tuesday to extend the terms of a $5 billion aid package to Egypt that...