by author
in Business, Consumer & Gadgets
Reading Time: 2 mins read
0 0
A A
0
0
SHARES
12
VIEWS
Share on FacebookShare on TwitterLinkedinReddit

Apple Inc. and Amazon.com Inc. were accused in a lawsuit of striking an unlawful deal to drive up prices for iPhones and iPads by wiping out hundreds of third-party sellers who often offered steep discounts.

Consumer Steven Floyd says an “Unlawful Boycott Agreement” between Apple and Amazon forced him to pay $319.99 for an iPad when he should have been able to get a discount in a “normal competitive market,” according to the proposed class-action complaint filed in Seattle federal court.

The suit comes as Amazon is facing antitrust scrutiny from states and regulators over policies involving third-party merchants. California sued Amazon in September alleging that the company forces third-party merchants to agree to policies that lead to “artificially high prices” for consumers. Amazon denies wrongdoing in that case.

Apple barred Amazon from directly selling some of its fast-selling products because it didn’t like competition from resellers on the marketplace, pushing the e-commerce company to buy Apple products at higher rates from other sources, Floyd said in his suit. But the companies in 2018 struck a deal to exclude almost 600 third-party merchants from Amazon’s site, according to the complaint.

“In exchange for eliminating the Apple resellers that were driving down online prices for Apple products, Apple agreed to provide Amazon consistent supplies at a discount of up to 10%—contingent on its ability to keep the excluded sellers off Amazon Marketplace,” Floyd said.

That hurt consumers and third-party merchants, according to the complaint, which seeks damages for all consumers harmed by the companies’ conduct.

Apple and Amazon didn’t immediately respond to requests for comment.

Major brands, including Apple, have grappled with counterfeit products running rampant on Amazon. Apple accused a New Jersey company in a 2016 lawsuit of selling fake Apple products on Amazon. The Seattle-based e-commerce company has introduced various tools aimed at curbing counterfeits, which also limits who can sell what on the popular web store.

Apple and Amazon have publicly justified their agreement as a way to tackle counterfeits, Floyd said in his complaint. But “when the Unlawful Boycott Agreement was entered, there were already tools available to snuff out counterfeiting.”

Citation:
Consumers claim Apple and Amazon conspired to raise iPhone prices (2022, November 10)
retrieved 10 November 2022
from https://techxplore.com/news/2022-11-consumers-apple-amazon-conspired-iphone.html
This document is subject to copyright. Apart from any fair dealing for the purpose of private study or research, no
part may be reproduced without the written permission. The content is provided for information purposes only.
Tags: companyhigh pricesvarious tools
Previous Post 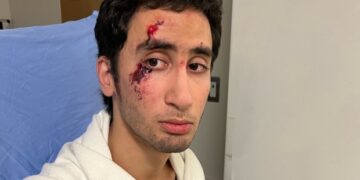 Peel Regional Police are reviewing how they respond to situations involving people with autism following an incident in Mississauga earlier...