Twitter lost more than 1.3 million users in the week after Elon Musk bought it

by author
in Business, Consumer & Gadgets
Reading Time: 3 mins read
0 0
A A
0

In the week after Elon Musk purchased Twitter for $44 billion, the social media platform lost more than 1.3 million users.

MIT Technology Review reported the firm Bot Sentinel, which tracks behavior on Twitter by analyzing more than 3.1 million accounts and their daily activity, “believes that around 877,000 accounts were deactivated and a further 497,000 were suspended between Oct. 27 and Nov. 1.”

That’s more than double the usual number, the outlet is reporting.

“We have observed an uptick in people deactivating their accounts and also Twitter suspending accounts,” Christopher Bouzy, Bot Sentinel’s founder told the outlet.

He went onto say he and Bot Sentinel calculated the numbers by looking at the proportion of users they analyze who had deactivated their accounts or been suspended after Musk took over, and then applying that percentage to Twitter’s overall user base, which stands at about 237 million “monetizable daily active users”.

Musk could not immediately be reached by U.S. TODAY.

But on Monday night he tweeted, “Twitter usage is at an all-time high lol.”

He then replied to his own tweet saying, “I just hope the servers don’t melt!”

From Oct. 27 through Nov. 1, MIT Technology Review reported, Bot Sentinel found 11,535 accounts they were monitoring had been deactivated (someone shut down their own account).

In addition, 6,824 accounts had been suspended, which happens when Twitter removes accounts for reasons including inactivity, inauthenticity or a violation of site rules, the outlet reported.

In the week before Musk bought Twitter, 5,958 accounts were deactivated or suspended, suggesting a more than 200% increase in account losses in the days after the purchase.

“We believe the uptick in deactivations is a result of people upset with Elon Musk purchasing Twitter and deciding to deactivate their accounts in protest,” Bouzy told the outlet.

In April, the world’s richest man offered to buy the social media company. Musk said in a filing with the Securities and Exchange Commission at the time: “Twitter needs to be transformed as a private company. … Twitter has extraordinary potential. I will unlock it.”

On Oct. 27, he purchased the social media platform after months of fits and starts and legal wrangling.

Since then, he has laid off about half of Twitter’s staff and has acknowledged advertisers are fleeing the platform.

In addition, the company said its iconic verification system is set to turn into a subscription service: An update to Twitter’s iOS app mentions a Twitter Blue $7.99 offering that includes the blue checkmark and will soon have “half the ads & much better ones,” as well as the ability to post longer videos.

An Android update is in the works, Musk said Saturday, replying to users on Twitter. He also said it would be a “couple months” until current verified users with blue checkmarks lost their verification status.

Twitter users should expect big changes to the site as Musk, who is also the CEO of Tesla and SpaceX, seeks to boost revenue.

Citation:
Twitter lost more than 1.3 million users in the week after Elon Musk bought it (2022, November 9)
retrieved 9 November 2022
from https://techxplore.com/news/2022-11-twitter-lost-million-users-week.html
This document is subject to copyright. Apart from any fair dealing for the purpose of private study or research, no
part may be reproduced without the written permission. The content is provided for information purposes only.
Tags: daily activityprivate companysubscription service
Previous Post

Pandemic led to 7.5% decrease in 2020 US energy consumption

Pandemic led to 7.5% decrease in 2020 US energy consumption 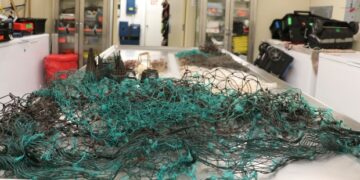 HONOLULU (AP) — A whale that washed ashore in Hawaii over the weekend likely died in part because it ate...

A further look at Apple’s deal with Major League Soccer

UnitedHealth stock can be blamed for most of the Dow’s decline, while the rest of the stock market rallies