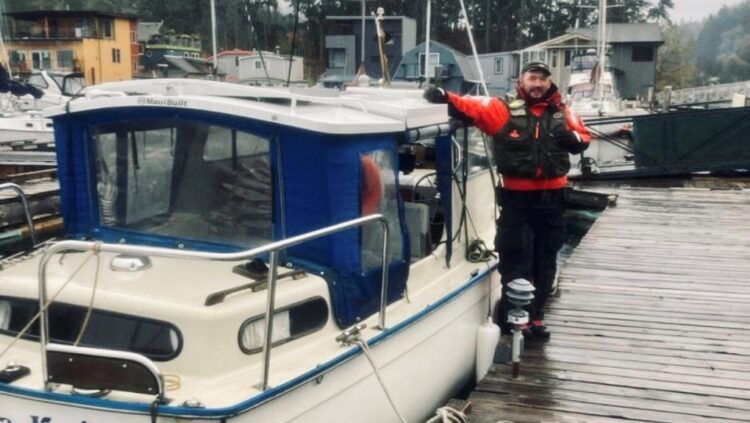 A Maple Bay, B.C., man is grateful after the Canadian Coast Guard went above and beyond the call of duty to rescue him after his boat lost its engine and became adrift in rough seas.

“I was afraid and feared for my life,” recalls Juaning Higgins, the recreational mariner who was adrift.

According to the Canadian Coast Guard, the incident happened approximately five kilometres off of the Trial Islands near Oak Bay, B.C., on Oct. 20 just before 8 p.m.

Earlier that day, Higgins was bringing his 7.5 metre vessel he just bought called the Mana Kai from Seattle back to his home in Maple Bay on the southeast coast of Vancouver Island.

Shortly after he crossed into Canadian waters, Higgins says the calm waters he was in quickly became rough seas and the Mana Kai started to go off course. 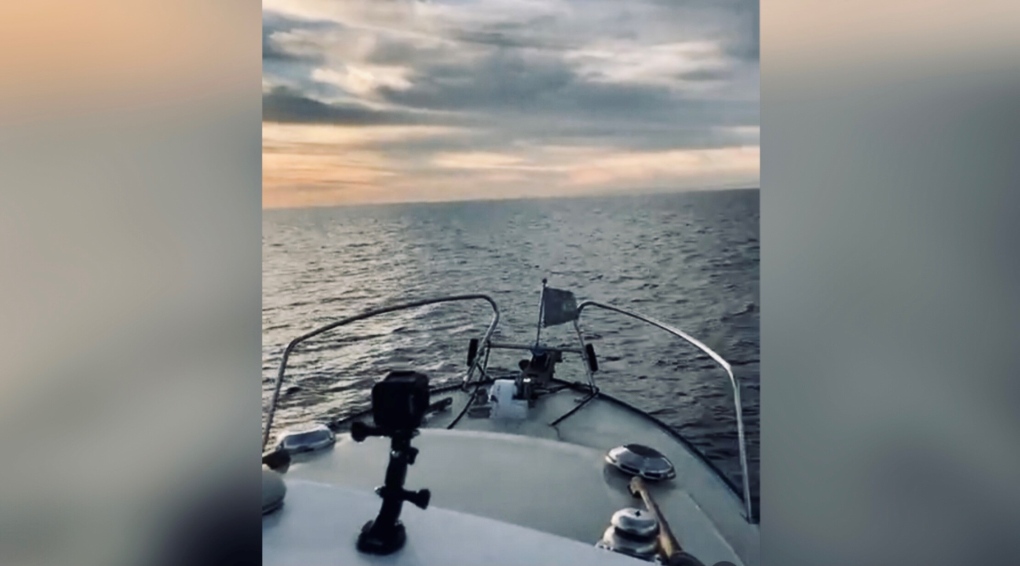 The Mana Kai is pictured on Oct. 20 on the waters south of Victoria before the weather took a turn for the worse. (Juaning Higgins)

Higgins was trying to correct and keep his boat’s bow pointed into the waves. That’s when the Mana Kai’s engine failed and he was in total darkness.

“Everything was amplified as it was pitch dark out there and it was like I was in outer space,” he told CTV News.

Already in contact with the coast guard that he was in rough seas, Higgins was now vulnerable, afraid and adrift.

“It immediately turned into a mayday when I wasn’t making anyway forward and there was these waves on the [side of boat],” he said.

The Canadian Coast Guard responded quickly to the mayday call from Victoria.

“The main thing is that he called us before the situation escalated,” said Denis Taylor, officer in charge for the Victoria Coast Guard Station.

Coast guard members had to secure a tow line in two-metre seas to the Mana Kai in order to connect to it safely.

“The sea conditions made it so that we couldn’t get too close to the vessel,” said Taylor.

The Mana Kai was towed into safer waters where Higgins was able to board the coast guard’s 14-metre rescue boat, the Cape Calvert, for assessment. 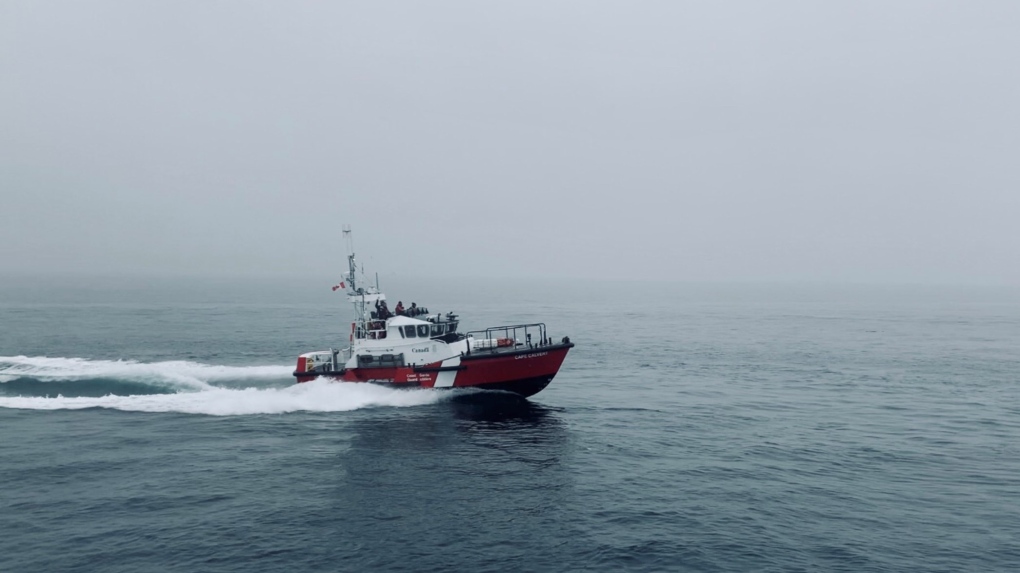 Other than being shaken up and cold, Higgins was thankfully in good condition.

The Mana Kai was eventually towed to Oak Bay where Higgins met his wife who was on the phone with him during his whole ordeal in rough seas. She travelled down from Maple Bay to be with him.

The Canadian Coast Guard says incidents like this are very common along our coast and that Higgins was wearing a life jacket and did everything right, especially when he called for help before things got out of hand.

“You should never be embarrassed or afraid to call for help, especially out on the waters of Victoria or anywhere on the coast here,” said Taylor. 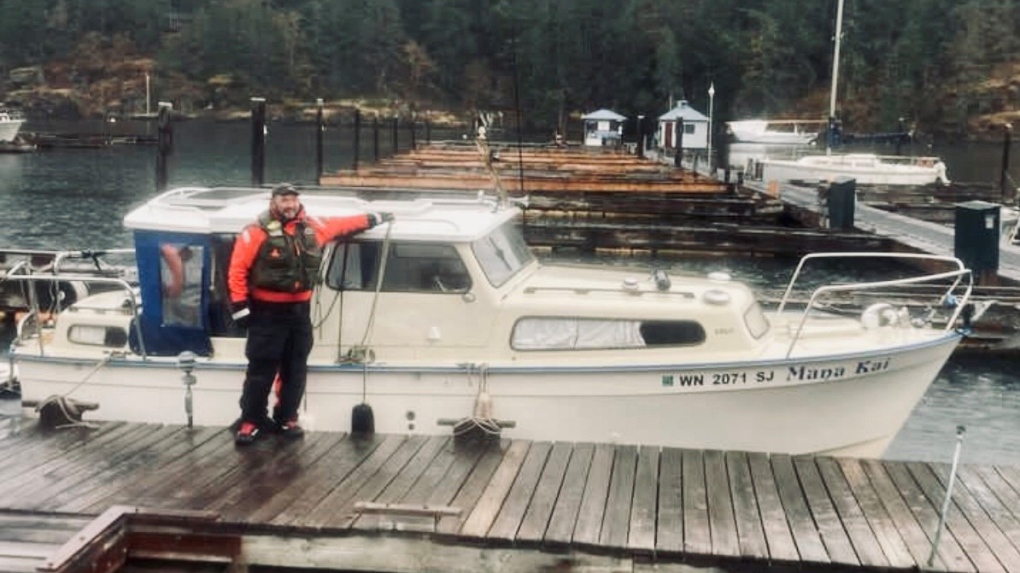 “Help sounds like a failure but it’s not, help is there for those that are willing to accept it,” added Higgins.

Higgins was able to repair the Mana Kai and continue his journey to Maple Bay the very next day. 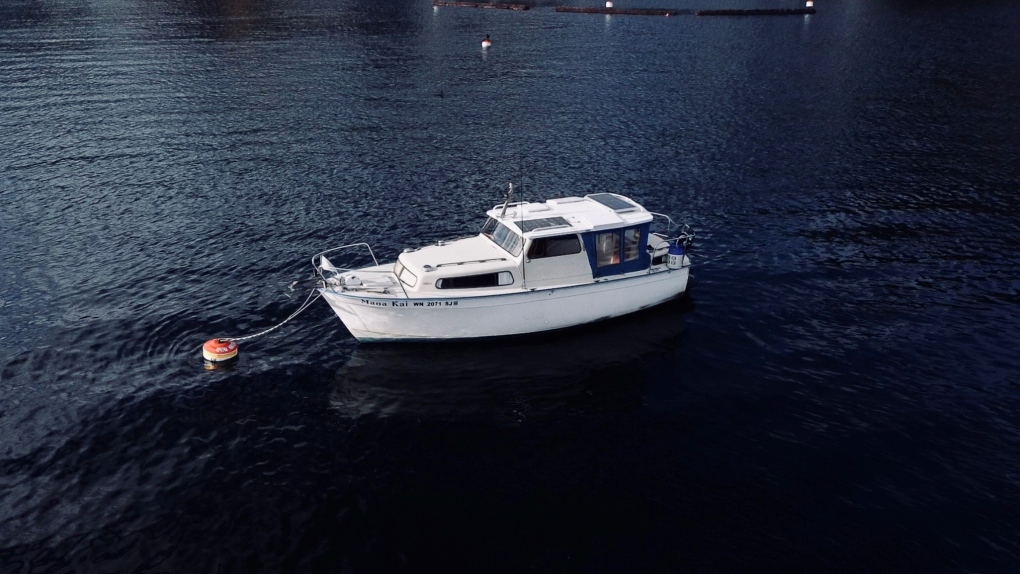