by author
in Internet
Reading Time: 4 mins read
0 0
A A
0
0
SHARES
10
VIEWS
Share on FacebookShare on TwitterLinkedinReddit

Climate deniers looking to block action and “greenwashing” companies could have free rein on Twitter after Elon Musk’s takeover, analysts warned as leaders pursued anti-warming efforts at the COP27 summit.

The Tesla billionaire and self-declared free-speech absolutist has fired thousands of staff -– with sustainability executives Sean Boyle and Casey Junod among those signing off from the platform last week.

Musk has promised to reduce Twitter’s content restrictions and after the takeover announced plans to create a “content moderation council” to review policies.

“It’s not clear what Mr Musk really plans to do. However… if he removes all attempts at content moderation, we can expect a surge of disinformation, as well as increases in misleading and greenwashing advertisements,” said Naomi Oreskes, a professor of the history of science at Harvard University who has authored leading studies on climate misinformation.

“Greenwashing” means companies misleading the public about their impact on the planet through messages and token gestures.

“We may also see an increase in hateful comments directed towards climate scientists and advocates, particularly women,” Oreskes said.

Following the buyout, one climate journalist tweeted that he had received death threats on the platform. He did not immediately respond to a request for comment.

Researchers and campaigners say that despite measures announced by social platforms, climate misinformation is thriving, undermining belief in climate change and the action needed to tackle it.

Twitter and other tech giants such as Facebook and Google have said they are acting to make false claims less visible.

But the Institute for Strategic Dialogue think tank said in a detailed study this year that messages aiming to “deny, deceive and delay” regarding climate action were prevalent across social media.

Under Twitter’s policy before the takeover, it said “misleading advertisements on Twitter that contradict the scientific consensus on climate change are prohibited”.

“We believe that climate denialism shouldn’t be monetised on Twitter, and that misrepresentative ads shouldn’t detract from important conversations about the climate crisis,” Boyle and Junod wrote in an Earth Day post on Twitter’s blog.

Both posted messages on November 4 with the hashtag “LoveWhereYouWorked”, indicating they were among those laid off after Musk’s $44-million takeover. They did not immediately respond to requests for comment.

Beyond false information, some specialists warned that climate scientists themselves face threats if moderation falters.

A surge in hate speech drove Twitter’s head of safety and integrity Yoel Roth to respond, trying to calm concerns. He tweeted that the platform’s “core moderation capabilities remain in place”.

“But I worry even more that the website will start deplatforming climate scientists and advocates who criticise right-wing views, preventing them from connecting to each other and to decision-makers in media and government.”

Among Musk’s plans is an $8 monthly charge for users to have a blue tick by their name—currently a mark of authenticity for officials, celebrities, journalists and others.

“To me, this is opening the door to highly coordinated disinformation and manipulation,” said Melissa Aronczyk, an associate professor in communication and information at Rutgers University.

Musk said the move aims to reduce hate speech by making it too expensive for trolls to have multiple accounts.

Aronczyk argued the system would give a mark of authenticity to those willing to pay for a blue tick to push an agenda.

She pointed to the controversy around Hill+Knowlton Strategies—a PR company working for big fossil fuel companies -– reportedly hired by host Egypt to handle public relations for the COP27 summit.

“Picture every Hill+Knowlton staffer working for COP27 creating a network of blue-check accounts to promote the business-led initiatives at the summit. Or downplaying the conflicts. Or ignoring protests,” Aronczyk said.

Citation:
Twitter takeover raises fears of climate misinfo surge (2022, November 8)
retrieved 8 November 2022
from https://techxplore.com/news/2022-11-twitter-takeover-climate-misinfo-surge.html
This document is subject to copyright. Apart from any fair dealing for the purpose of private study or research, no
part may be reproduced without the written permission. The content is provided for information purposes only.
Tags: climateclimate actionclimate changeclimate scientistsfalse informationhate speechscientific consensussocial media
Previous Post

Service agreement sees internet users consenting to give up a kidney 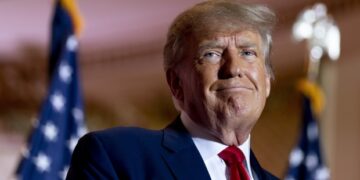 Pence calls on Trump to apologize for dinner with anti-Semite