by author
in Local
Reading Time: 3 mins read
0 0
A A
0
0
SHARES
17
VIEWS
Share on FacebookShare on TwitterLinkedinReddit

Six in ten Ontarians are blaming the Ford government for the ongoing labour disruption involving tens of thousands of education workers that has forced schools to close for in-person learning, a new poll has found.

Conducted by Abacus Data, the poll released late Sunday morning provides a glimpse into how Ontarians are responding to the ongoing contract dispute between 55,000 education workers represented by the Canadian Union of Public Employees (CUPE) and the Ontario government.

It was conducted on Friday and Saturday as CUPE members walked off the job to protest a new law that imposes a four-year contract on them and bans striking.

“This initial survey of public opinion in Ontario finds that many people are following this issue closely and are aware of the provincial government’s actions thus far,” the research firm’s CEO David Coletto stated in a posting accompanying the findings.

According to the poll, 62 per cent of Ontarians believe the Progressive Conservative government is to blame for the school closures caused by the job action. That number goes up among parents of school-aged children, with 68 per cent saying Ford’s PCs are responsible for the ongoing situation.

On the use of the notwithstanding clause to push a contract to the workers, 50 per cent think it was a bad idea compared to 36 per cent who approved. Among parents, 46 per cent do not think the controversial clause should have been invoked, while 42 per cent think using it was a good idea.

When asked what the government should do next, 70 per cent said they want the government “to negotiate a fair deal with education workers” to end the strike instead of continuing with its current approach in which they insist on a lower wage increase for the workers.

“One reason why Ontarians want the provincial government to negotiate a fair deal with education workers is because about half think they don’t make enough money,” Coletto said, adding that 50 per cent of those surveyed think that education workers are not being appropriately compensated given the rising cost of living.

The poll also found that almost half of Ontarians support other unions walking off the job to protest the handling of negotiations by the Ford government.

While many are pointing the finger at the PC government for the ongoing situation, the poll found that “it doesn’t look like the issue is hurting” Ford’s support across the province.

Parents of school-aged children are split, with 31 per cent saying they are more likely to vote for the Progressive Conservatives while 38 per cent are less likely to.

According to the poll, PCs would still win another majority government if an election was held today. They have a wide lead among men and people aged 45 and up.

“…while more say they would be less likely to vote PC than more likely to vote PC because of how the government has handled this issue, the proportion of those moving away from the PCs isn’t large enough to worry the Tories,” Coletto said.

In regards to the public’s impression of the premier, the poll found that Ford’s image has become less positive since getting elected in June, with 45 per cent having a negative impression compared to the 29 per cent who have a favourable view.

For Stephen Lecce, only 15 per cent has a positive impression of the education minister, while 42 per cent have a negative view.

A random sample of panelists were invited to complete the survey from a set of partner panels based on the Lucid exchange platform.

The margin of error for a comparable probability-based random sample of the same size is +/- 3.1 per cent, 19 times out of 20.

The data were weighted according to census data to ensure that the sample matched Ontario’s population according to age, gender, education, and region. Totals may not add up to 100 due to rounding.

Toronto releases its 2022/23 Winter Services Plan, but more must be done to stop unhoused people from freezing to death this winter, say advocates 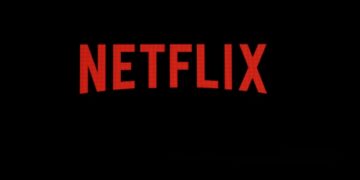 Ontario Provincial Police are investigating after one person lost money in connection with a Netflix refund scam. In a news...