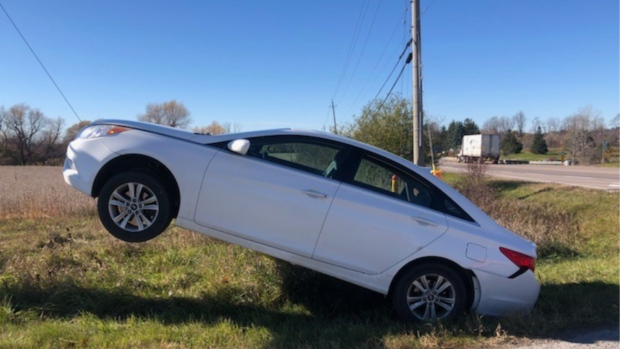 The Ontario Provincial Police (OPP) responded to reports of a car “seemingly floating in mid-air” on Tuesday afternoon.

Burlington OPP officers were called down to the area of Highway 5 and Rockchapel Road, northwest of Hamilton, Ont.

“Turns out the inexperienced (driver) was not practicing #MagicTricks, and got caught up on a wire after making a poor turn,” OPP Highway Safety Division said in a tweet.

In a photograph shared on Twitter, a white Hyundai sedan is seen “seemingly floating” at an angle.

Another photograph shows the front of the car has been bent with the wire caught underneath the vehicle.

No injuries were reported, and OPP advised drivers to travel through the area with some caution.

#BurlingtonOPP responding now to a car seemingly floating in mid air #Hwy5 and #RockchapelRd. Turns out the inexperienced dr was not practicing #MagicTricks, and got caught up on a wire after making a poor turn. No injuries. Please proceed through the area with caution ⚠️ ^kw pic.twitter.com/pWBJ6rNPAq 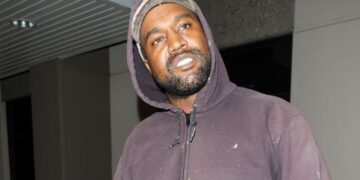 Kanye West is still trying to live out his political ambitions.In a video published by X17 Online, the rapper confirmed...