by author
in Local
Reading Time: 2 mins read
0 0
A A
0
0
SHARES
26
VIEWS
Share on FacebookShare on TwitterLinkedinReddit

The Transportation Safety Board of Canada says insufficient safety training and regulatory surveillance are largely to blame after a fishing vessel sank off Vancouver Island in 2020, killing two of the three crewmembers aboard.

On Aug. 11, 2020, the Cowichan Bay-based Arctic Fox II was roughly 77 nautical miles southwest of Bamfield, B.C., when it began taking on water.

Three sailors were aboard the Arctic Fox II, including the shipmaster and two crew members. Once the ship started taking on water, the master ordered the crew members to prepare to abandon ship as he tried to deal with the water on his own.

“As the vessel drifted and rolled in the sea conditions, waves landed on deck, making it difficult for the master and crewmembers to maintain their balance,” said the TSB in a release Tuesday.

The trio tried to deploy the boat’s life raft but were unfamiliar with how to release it, according to the Transportation Safety Board.

The shipmaster and one crew member then donned immersion suits and leapt into the water. However, their immersion suits were only partially zipped and the ankle straps were not secured, exposing the fishermen to the frigid ocean and eventually contributing to their drowning, the TSB says.

The lone survivor of the boat managed to reach the life raft and release it. He was rescued by the U.S. Coast Guard.

The Arctic Fox II sank and was never recovered.

“The familiarization of the life-saving equipment that the crew received was insufficient for them to successfully abandon the vessel, and the crew’s response was guided only by their limited experience,” reads the TSB release.

The Transportation Safety Board says that insufficient vessel maintenance and a lack of regulatory checkups contributed to the vessel taking on water in the first place.

The TSB urges Transport Canada to increase the amount of surveillance and monitoring it does to ensure safety for ship owners and crew.

“Commercial fishing continues to be one of the most dangerous occupations in the country,” said the TSB.

“Every year, the same safety deficiencies on board fishing vessels continue to put at risk the lives of thousands of Canadian commercial fish harvesters.”

In the Cowichan Bay area, community members mourned the loss of the fishermen in 2020.

Karen Mosier, who used the Artic Fox II’s slip to moor her own 12-metre boat while the fishing vessel was out at sea, said it was a loss everyone in the area felt.

“It’s devastating to all the families concerned and, of course, the whole community,” she said at the time.

Watch these races tonight for early clues about the midterm elections, analysts say 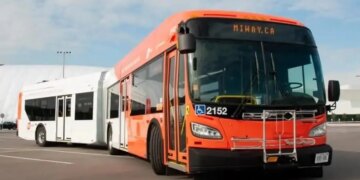 To honour Canadian soldiers and veterans, Mississauga Transit will be offering free rides for veterans on Remembrance Day.On Friday, Nov....