by author
in Business, Consumer & Gadgets
Reading Time: 6 mins read
0 0
A A
0

It’s been a week since Elon Musk strode into the Twitter headquarters with a kitchen sink, signaling his official takeover of the company.

Having had some time to let the news of his US$44 billion (about A$70 billion) purchase “sink in”, Twitter users are now wondering what he’ll do with the platform.

After months of trying to walk away from his commitment to buy the platform, and just before entering what was looking to be a long, potentially embarrassing and costly court battle to enforce his original agreement, Twitter is now privately owned.

If we wade through some of the early reactionary media punditry, we see Musk has paid far too much for a platform that has not yet fulfilled its business potential to investors, nor its social potential to users.

This probably explains some of his first moves since taking over, such as planning to charge users US$8 (adjusted by country) for a blue tick, and threatening to fire half of Twitter’s staff.

We need to pay the bills somehow! Twitter cannot rely entirely on advertisers. How about $8?

Will Twitter turn into (more of) a bin fire?

Musk’s intentions were perhaps best signaled with his first tweet after he bought the platform: “the bird is freed”.

What should be done? https://t.co/aPS9ycji37

Before the purchase, one of his oft-tweeted criticisms of Twitter was that there were too many limits on “free speech”, and moderation would need to be reframed to unlock Twitter’s potential as a “de facto public town square”.

There’s no doubt Musk is quite good at performative social media statements, but we’re yet to see any actual changes made to content moderation—let alone Musk’s utopian vision of a digital town square.

The “chief twit” has suggested the future appointment of “a content moderation council with widely diverse viewpoints” that would be charged with making decisions about moderation and account reinstatements.

This isn’t a new idea. Meta has convened such an oversight board since 2018, made up of former political leaders, human rights activists, academics and journalists. The board oversees content decisions and has been known to oppose CEO Mark Zuckerberg’s decisions, in particular his “indefinite” Facebook suspension of former US president Donald Trump after the US Capitol building riots.

It’s unclear whether a council would convene to discuss Musk’s suggestion to “reverse the permanent ban” Twitter imposed on Trump, or if Musk would allow a board to override his decisions.

Starlink has been told by some governments (not Ukraine) to block Russian news sources. We will not do so unless at gunpoint.

Sorry to be a free speech absolutist.

Nonetheless, Musk’s suggestion of a moderation board is a step back from his previously self-described “free speech absolutist” views on content moderation.

Many have been concerned his approach to moderation may fuel more hate speech on Twitter.

In the past week, co-ordinated troll accounts have tried to test the limits of a Musk-run Twitter by flooding the platform with racial slurs. According to the US-based National Contagion Research Institute, the use of the N-word skyrocketed by more than 500% on October 28. However, the head of safety and integrity at Twitter, Yoel Roth, said many of the offending tweets came from a small number of accounts.

Another study by Montclair State University researchers found a massive spike in hateful terms in the lead-up to Musk’s acquisition.

Nearly all of these accounts are inauthentic. We’ve taken action to ban the users involved in this trolling campaign—and are going to continue working to address this in the days to come to make Twitter safe and welcoming for everyone. https://t.co/1hUnb1WYPZ

Perhaps more concerning than troll reactions is Musk’s decision to tweet and then delete a conspiracy theory about US house speaker Nancy Pelosi’s husband, Paul Pelosi. We could dismiss this as Musk’s love of sh-tposting, but if the right to post disinformation and personal attacks is the kind of speech he wants to protect, it’s worth questioning what kind of public square he envisions.

Musk takes a technocratic approach to the social issues that emerge from our use of online communication tools. It implies free access to technology absolves “free speech” of its cultural and social context, and makes it easily and readily available to everyone.

This is often not the case. That’s why we need content moderation and protections for the vulnerable and marginalized.

The other question is whether we want billionaires to have a direct influence on our public squares. If so, how do we ensure transparency, and that users’ interests are being upheld?

In less bombastic reportage of the takeover, Musk this week directed Twitter to find more than US$1 billion in annual infrastructure cost savings, which will allegedly occur through cuts to cloud services and server space. These cuts could put Twitter at risk of going down during high-traffic periods, such as around election times.

This might be where Musk’s digital town square vision fails. If Twitter is to resemble such a space, the infrastructure that supports it must hold up at the most crucial moments.

While there’s so far no indication of a mass Twitter exodus, a number of users are flocking elsewhere. Shortly after Musk acquired Twitter, #TwitterMigration began trending. In the week since, micro-blogging platform Mastodon has reportedly gained tens of thousands of followers.

Mastodon is made up of independent, user-managed servers. Each server is owned, operated and moderated by its community and can also be made private. The downside is servers cost money to run and if a server is no longer running, all the content may be lost.

Of course, many will be waiting to see what Twitter co-founder Jack Dorsey comes up with. While Dorsey retains a stake in Twitter, he has launched a decentralized social media network, Bluesky Social, which is now in beta testing.

Bluesky aims to provide an open social network protocol. This means it would allow for multiple social media networks to interact with one another through an open standard.

If this experiment is successful, it would be more than a competitor for Twitter. It would mean users could easily switch services and take their content with them to other providers.

It would be a totally new user-focused model for social networking. And it might force traditional platforms to rethink their current data harvesting and targeted advertising practices. That might just be a platform takeover worth waiting for.

Citation:
Why Elon Musk’s first week as Twitter owner has users flocking elsewhere (2022, November 4)
retrieved 4 November 2022
from https://techxplore.com/news/2022-11-elon-musk-week-twitter-owner.html
This document is subject to copyright. Apart from any fair dealing for the purpose of private study or research, no
part may be reproduced without the written permission. The content is provided for information purposes only.
Tags: free speech
Previous Post

Floppy or not: AI predicts properties of complex metamaterials

Floppy or not: AI predicts properties of complex metamaterials 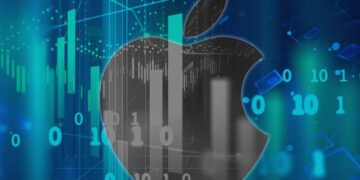 Gold pulls back from 1-month high, silver retreats from highest level since June