by author
in National
Reading Time: 8 mins read
0 0
A A
0
0
SHARES
11
VIEWS
Share on FacebookShare on TwitterLinkedinReddit

Ontario’s education workers have officially walked off the job today despite legislation passed at Queen’s Park that made a strike illegal.

The Canadian Union of Public Employees (CUPE), which represents 55,000 support workers such as custodians, administrative staff and educational support workers, said they are striking “until further notice,” insinuating that the strike will persist next week.

If the maximum penalty is imposed, the daily bill could amount to $220 million per day.

CTV News Toronto has live coverage of the job action below.

The minister also alleges that the union “called or authorized or threatened to call or authorize” the strike on Friday.

A CUPE employee who has worked in an Ontario high school for nearly 20 years says that his wage has marginally changed over the course of the last decade.

“For the last 10 years, I have received 0.85 per cent increase and we all know what the rate of inflation has been the last 10 years … that’s why a lot of our members have left the industry.”

CTV News Toronto captures the scene from above Queen’s Park as the mass walkout takes place. 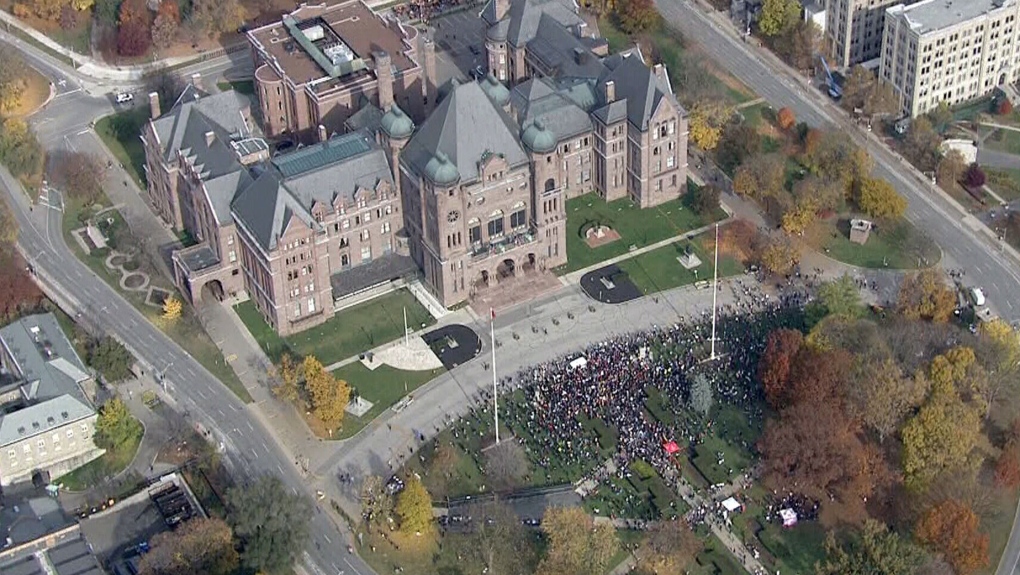 Mark Hancock, CUPE’s national president, said the union will have legal representation at a hearing this afternoon.

“There was an initial labour board hearing last night. There will be another one at 3:30 p.m. today,” he told CTV News Toronto.

“CUPE’s legal counsel will be there to argue for our members’ right to protest the Ford government’s unconstitutional law, which strips workers of their fundamental rights.”

CUPE workers and supporters have set up pickets near MPPs’ offices in Waterloo, Kitchener and Cambridge.

Here’s the latest on the situation from CTV News Kitchener.

Lecce elaborated on the next steps for the provincial government as they call on the Ontario Labour Relations Board to officially declare the walkout illegal.

“We brought forward the submission to the internal Labour Relations Board yesterday, frankly, after the passage of the law given that the union confirmed that they’re proceeding now with this illegal strike,” Lecce told CP24.

“We hope to hear back today or tomorrow potentially, on the findings. In the meantime, we’re going to be using all the pressures and frankly, all the levers of the legislation to get kids back to school. We’ve set out a clear expectation to our school boards to use every power, every authority to open as many schools for as many kids as humanly possible.”

Lecce is asking the Ontario Labour Relations Board to declare the strike and the actions of union leaders illegal.

The Ministry of Education says there will be a public hearing livestreamed at 3:30 p.m.

“The national union and the ORC will each donate $50,000, for a total of $100,000 to CUPE’s strike support for paying fines imposed because of the strikebreaking Bill 28, the law passed on November 3, 2022, that strips education workers of their Charter-protected right to strike and which imposed an undemocratic contract,” the union said in a news release.

See you in the streets @UniforTheUnion

Bill 28 is an egregious and unprecedented attack against every worker’s trade union freedoms.

We fight together, and we will win.

Ontario Secondary School Teachers’ Federation (OSSTF/FEESO), which is standing in solidarity with CUPE, issued the following statement in response to the Ford government using the notwithstanding clause to pass anti-strike legislation on Thursday:

Yesterday was a chilling day for workers across Ontario & 🇨🇦 when the Ford gov stripped 55,000 @osbcucscso workers of their Charter right to fair bargaining. @fordnation was not present for the vote, but #OnLab will be present & out in force until #Bill28 is repealed. #OntEd pic.twitter.com/PjCh2CAs97

Bird said behind the scenes planning at the TDSB has been ongoing in order to quickly transition students into “synchronous” learning, if needed.

“If job action does continue into next week, we will be moving as quickly as we can to synchronous live classroom remote learning, obviously, the fastest we can,” he told CP24.

He said there are already plans in place to hand out computers to students who don’t have their own at home if job action does continue for an extended period of time.

TDSB updates will come to parents and staff as news develops, Bird says.

More than 100 protests are taking place today, which has led to schools closing across the province. Here are the northeastern Ontario school boards closed, along with the locations of their local picket lines.

Toronto District School Board (TDSB) spokesperson Ryan Bird confirmed to CP24 that schools will be closed on Monday and for the duration of the strike.

The duration of the strike, which will impact how long classrooms are closed, is still unknown. However, Walton is telling parents to have a contingency plan for Monday as they expect to hit the picket line indefinitely until a new deal is reached.

Laura Walton, president of CUPE’s Ontario School Board Council, is standing outside of Lecce’s office. She says the minister never truly showed up to the bargaining table.

In response to the looming fines that the Ford government has threatened education workers with for striking — up to $4,000 per day for each individual or a $500,000 per day for the union — Walton said CUPE members are “protected” by the union more than they are by the government. 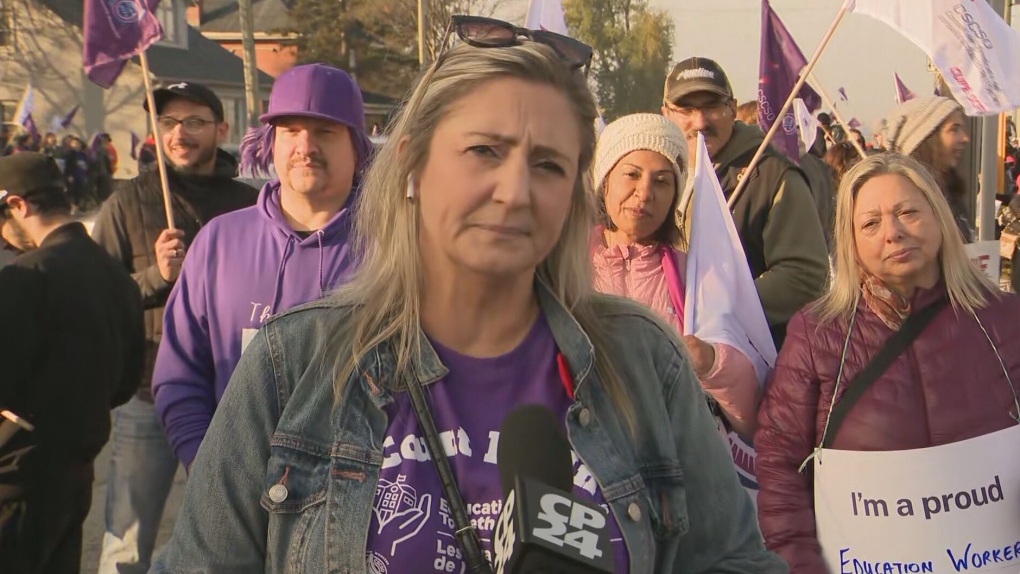 “I anticipated that there would be a crowd here this morning, but walking up and talking to our members, I am overwhelmed with emotion because I know who these workers are. I know that they are mainly women. I know that their wages are woefully low, $39,000 as an average. I know that most of them are laid off in the summer. And yet, they are willing to stand up and to fight for themselves, to fight for their students and supports and actually, they are fighting for every worker in this province.” 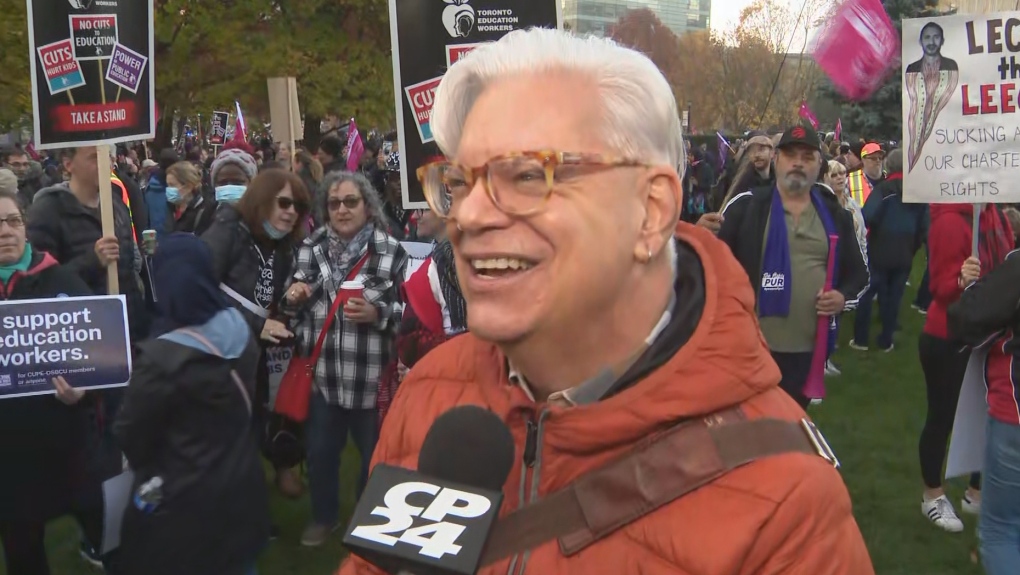 “It’s definitely overriding the Charter of Rights and Freedoms, right?” one protester told CP24 while holding a pink CUPE sign outside of Queen’s Park.

Another chimed in, “Yeah that is exactly right. We’ll be loud and proud.”

Many education worker supporters are holding signs poking fun at Ford and Lecce. One says, “Beware the Snakes at Queen’s Park,” while another reads, “Dumb and Dumber.” 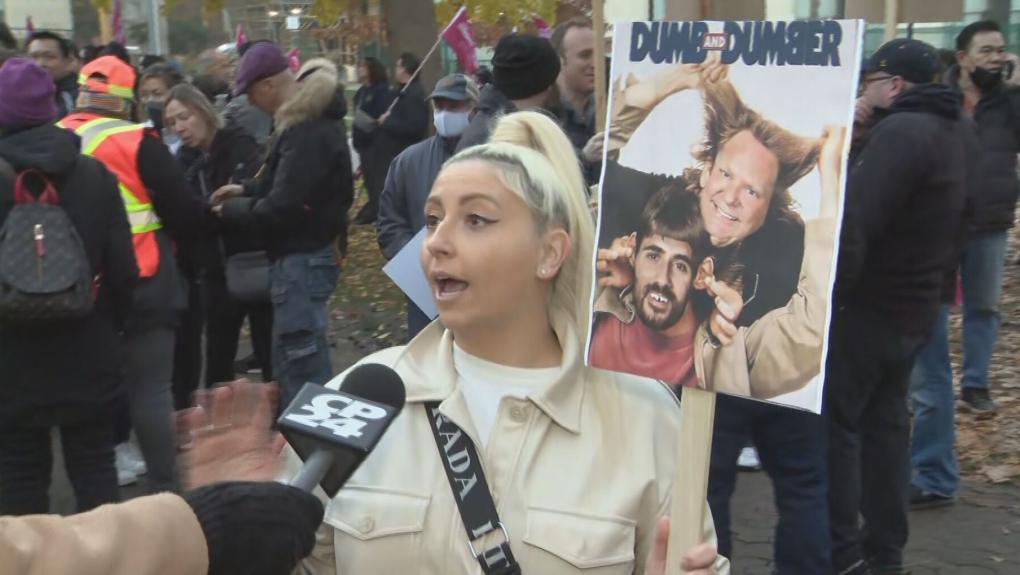 More than 1,000 supporters have already arrived outside of Queen’s Park, just 30 minutes into the strike’s official start time.

When one protester was asked why he was there, he told CP24, “To stand up for rights and be able to negotiate our freedom.” 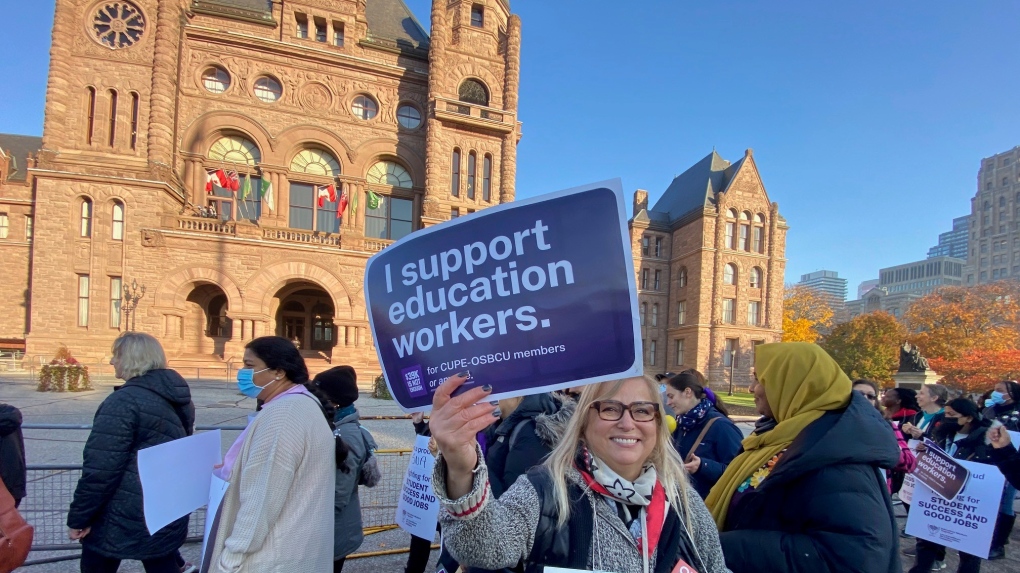 “Immediately following proclamation of the Keeping Students in Class Act, we filed a submission to the Ontario Labour Relations Board in response to CUPE’s illegal strike action. Proceedings started last night and will continue today. Nothing matters more right now than getting all students back in the classroom and we will use every tool available to us to do so.”

The strike has officially begun. At Queen’s Park, the main hub where education workers are gathering, many are holding signs of support that say “No Cuts to Education” and “Cuts Hurt Kids.”

As early as 6 a.m., organizers started setting up for the day.

#Teachers is trending on Twitter in Canada. Although, teachers are not on strike. It’s the education workers, such as custodians, administrative staff and educational support workers, who are participating in a mass walkout today.

#CUPE is also trending, which is the name of the union representing strike members and stands for Canadian Union of Public Employees.

I don’t know who needs to hear this, but if CUPE workers are essential to keeping schools open and kids in class…then they are also essential enough to receive a decent wage. I urge you: Support CUPE workers…and stand against starvation wages everywhere. #IStandWithCUPE

Already, people are beginning to setup for the day outside of Queen’s Park on this dark and foggy morning. 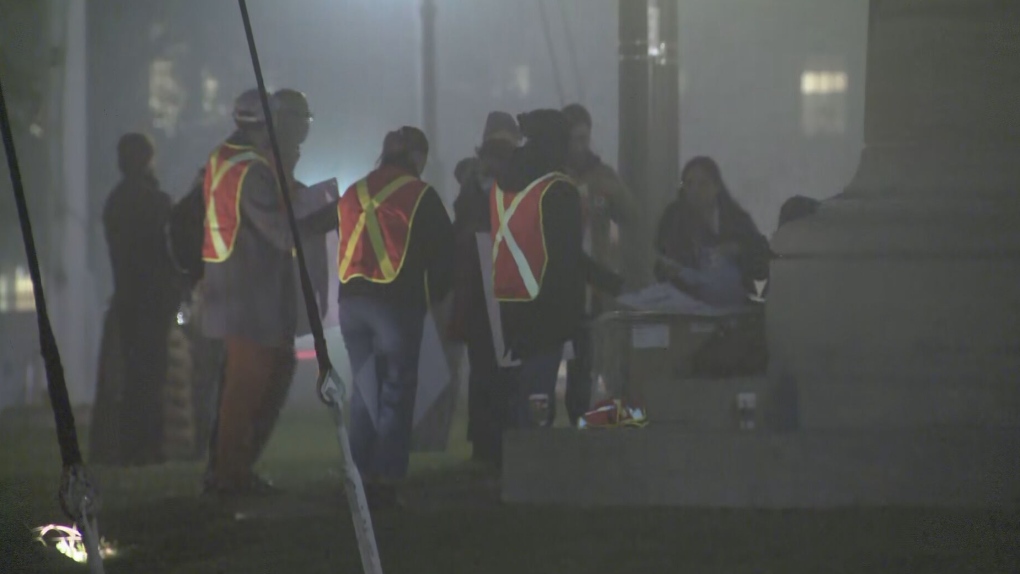 Supporters begin to gather at Queen’s Park for an Ontario education worker strike on Friday, Nov. 4, 2022.

Ontario education workers will gather at Queen’s Park for a rally that is anticipated to begin at 8 a.m.

Education workers will also be picketing outside of local MPPs’ offices.

Whether you’re an education worker or an ally, come out to a picket line to send the Ford Conservatives a message and to secure a real deal.

How did we get here? Why is CUPE going on strike in Ontario?

This is a full breakdown of what CUPE is asking for in their negotiations with the Ford government, including what the notwithstanding clause is.

Don’t know what to do with your kids today? Here’s a list of some fully supervised programs running.

Here is a full list of school boards that will close because of today’s mass walkout.

2 children critically hurt, 3 others taken to hospital after crash between school bus, semi west of Edmonton 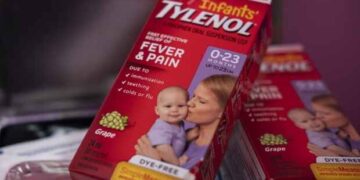 OTTAWA - HealthCanada officials say more doses of children's painkillers and fever medication will be available soon, but they won't...

Biden to meet with China’s Xi on Monday in Bali