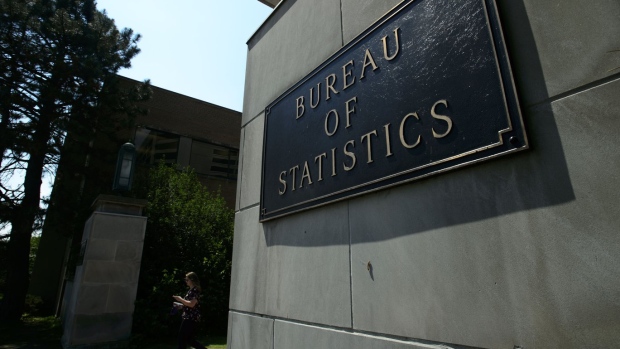 The Canadian economy added 108,000 jobs in October, reversing much of the losses observed in recent months and surprising forecasters who were expecting a very modest bump in employment.

In its latest labour force survey, Statistics Canada said Friday that the unemployment rate for last month held steady at 5.2 per cent as more Canadians looked for work.

The jobs gain comes after four months of job losses or little growth in employment.

It’s also at odds with bubbling fears that the Canadian economy is headed for a possible recession as interest rates rise.

“This jobs report checked all the boxes in terms of being a blowout report,” TD economist Rishi Sondhi said in a client note.

“The Canadian labour market clearly still has some steam left to it.”

Employment rose across a broad range of sectors in October, led by manufacturing, construction and accommodation and food services.

The October gain in employment comes after three months of job losses in the summer and a modest bump in employment in September.

Desjardins chief economist Jimmy Jean said although the report beat out expectations by a lot, the economy is still expected to slow considerably in response to rising interest rates.

“What we know from history is that when that happens, you see a slowdown in consumer spending, in housing as well,” Jean said. “And that tends to lead to [an overall economic] slowdown.”

However, Jean said that slowdown doesn’t necessarily have to be severe or long-lasting.

The Bank of Canada has been raising interest rates aggressively this year in response to decades-high inflation and has signalled it plans to raise rates further.

The latest jobs report also showed that for a fifth consecutive month, wages grew on an annual basis. Compared with a year ago, wages in October were up 5.6 per cent.

However, with the annual inflation rate at 6.9 per cent in September, many Canadians have lost purchasing power over the last year.

The report highlights that high-wage earners were more likely to experience a wage increase over the last year compared with lower-wage earners.

Among workers who have been with their employer for the last twelve months, nearly two thirds of workers earning more than $40 an hour got a raise. In comparison, half of workers making less than $20 an hour saw their wages go up.

The employment rate among Canadian immigrants aged 15 and older reached a record high in October at 62.2 per cent.

Workers in accommodation and food services, retail trade and transportation and warehousing were among the most likely to report financial challenges.

Wages in accommodation and food services as well as retail trade fall below the national average and workers in these industries are more likely to be employed part-time.

This report by The Canadian Press was first published Nov. 4, 2022.

China just reported atypically weak economic growth for 2022. Here’s how this year will be different.

Some Canadians barricaded in hotel amid Mexican unrest, others see calm return