Man dead after shooting in Mississauga

A man is dead after being shot in Mississauga on Wednesday evening.

Emergency crews were called to a pathway near Glen Erin Drive and Meadowvale Town Centre Circle at around 9:45 p.m. for a shooting.

When they arrived, Peel police located a man who had been shot.

Police said the victim was pronounced dead at the scene.

The homicide unit has been called to investigate.

Police said they do not have suspect information at this time. 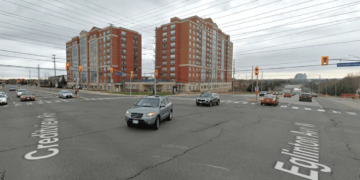 An impaired driver is in custody after police found him passed out in the middle of a live lane of...

History says inflation could persist for a decade