It’s time to find out if you’ve been naughty or nice as Brampton’s Santa Claus Parade is back.

This will be the first live and in-person Santa Claus Parade since 2019, with over 50 entries including floats, live bands, giant helium balloons, dance groups and more to help get Brampton in the festive spirit.

There will also be over 100 costume characters thanks to the students of Cardinal Leger Secondary School.

2022 marks the 38th anniversary of the parade, and organizers say they’re excited to bring Santa Claus back to Brampton.

“The Parade organizing committee can’t wait to see the smiles on the faces of children of all ages as they enjoy the lights, floats, bands and especially Santa Claus himself,” said Barbara Schembri, chair of the Brampton Santa Claus Parade operations committee.

Spectators are asked to bring a non-perishable food donation for the parade food drive.

Attendees can also give to REgeneration Brampton volunteers, filling up grocery carts with food and cash donations during the parade.

“This year the need is greater than ever, and your help is very much appreciated,” the committee said.

The committee is expecting large crowds at the parade this year, and the event will also be broadcast live on YouTube and Facebook.

Due to construction in downtown Brampton, the parade will follow an alternate route.

The new route will start at Bramalea Rd. and Central Park Dr., heading northbound on Bramalea Rd. The floats will then turn right and head eastbound on North Park Dr., ending at Jordan Blvd.

Guests should arrive early to secure a good spot on the parade route, and organizers say to dress appropriately for the weather. 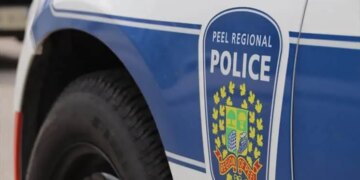