Oakville native Nathan Rourke is being recognized by the Canadian Football League for his record-breaking season with the BC Lions.

The Lions quarterback was named the West Division finalist for the Most Outstanding Canadian on Tuesday (Nov. 1).

The BC pivot’s play through the opening nine games was the league’s major story before a foot injury on Aug. 19 in Saskatchewan sidelined him.

Up to then, Rourke led the league in every major passing category including completions (248) passing yards (3,281) and passing touchdowns (25).

The 24-year-old broke Gerry Dattilio’s 41-year-old single-game passing record for Canadian quarterbacks with a 436- yard performance in a win over Toronto in the third week of the schedule.

He would then go on to break his own record in back-to-back weeks with 477 yards in an Aug. 6 win over Edmonton and 488 yards in a comeback victory at Calgary.

Rourke also wreaked havoc on opponents with his running game, scampering for seven touchdowns and 304 yards on 24 carries.

The Oakville native has completed an extensive rehab process following his foot surgery and is expected to return to the lineup with the Lions this Friday (Nov. 4) in Winnipeg.

Rourke is the second Lion in as many years to be nominated for the award. Last season teammate Bo Lokombo won the award. 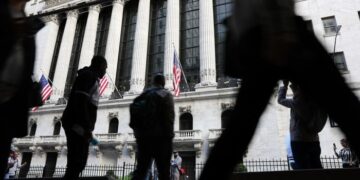 U.S. stocks traded lower Monday, as a fresh round of COVID-19 shutdowns in China rattled investors.How stocks are trading The...

North Korea: Missile tests were practice to attack South, US

‘Up until two days ago it was only about pay:’ Lecce casts doubt on CUPE claim that money is no longer a road block to deal