A teenage boy was rushed to hospital after being stabbed late Saturday night in Toronto’s west end.

The incident happened shortly after 11 p.m. in the Little Portugal area, near Lansdowne Avenue and Dundas Street West.

According to Toronto police, two suspects wearing all black fled the scene towards Queen Street West.

Toronto paramedics transported the victim to a pediatric trauma centre via emergency run. His injuries are serious, but not life threatening, they said.

Paramedics told CP24 that no one else was assessed at the scene.

Dundas from Lansdowne to St. Clarens was closed for a few hours as police investigated, but has since re-opened. 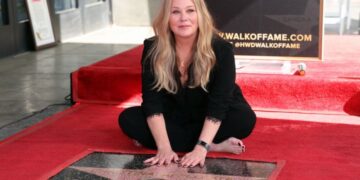 Christina Applegate made her first public appearance since announcing that she was diagnosed with multiple sclerosis in August of 2021.On Monday,...

Niagara Police Sergeant charged with perjury in case against another officer

‘No idea too crazy’: Cabinet given suite of options before invoking Emergencies Act