A Saskatchewan MLA is calling his decision to invite convicted killer Colin Thatcher to the legislative building on Wednesday an error in judgement.

MLA Lyle Stewart said in a statement Thursday, it was his decision to invite Thatcher to the throne speech. He called Thatcher a “constituent and long-time friend.”

“In retrospect, this was an error in judgment as his presence was a distraction from a very positive and forward-looking Throne Speech, which included a number of new initiatives to keep Saskatchewan families safe in their communities,” Stewart said in the statement.

Thatcher, 84, spent 22 years behind bars for the murder of his wife JoAnn Wilson. A jury found the former Saskatchewan cabinet minister guilty of first-degree murder after Wilson was bludgeoned and shot to death in the garage of her Regina home in 1983.

He was granted parole in 2006. Thatcher has always maintained his innocence.

“I was a bit stunned when I learned yesterday that Mr. Thatcher was invited to be here as a guest as a government member. I think we’ve seen the reaction not only in Saskatchewan but right across the country,” Beck said in an interview with CTV Morning Live Regina.

With the government sharing a throne speech touting new policing plans to be tougher on crime Wednesday, University of Regina political scientist Jim Farney said it was interesting to see Thatcher in attendance.

“There was this really bizarre juxtaposition that Colin Thatcher was there as an invited guest. So it’s law-and-order but maybe not quite law-and-order,” he said.

Farney said the effects of the public perception of Thatcher’s invite will likely become clear over the next few days.

“I think we’ll see in the next 24 to 48 hours and couple of media sessions,” Farney said.

“It damages the party if the people of Saskatchewan decide this is a piece of hypocrisy they’re not willing to stand for. If they decide it’s something that a single MLA did involving someone who committed a crime a long time ago, it really does depend on what sort of story the population hears and sees.” 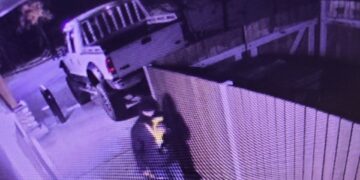 Mounties are working to identify two men after a large sum of cash was reportedly stolen during a break-in at...

Rain makes coal heavy, slippery and harder to dig up: What does La Niña mean for this already disrupted industry?

The Dow is outperforming, which could be a sign that the latest stock-market rally will flame out