Mayor-elect Andrea Horwath made history during Women’s History Month, but social service groups in Hamilton are offering reminders that this should not overshadow a “backlash” against inclusion efforts.

The YWCA Hamilton released a statement offering a “heartfelt thanks” to all mayoral, city council and school trustee candidates and their volunteer teams. But that appeared to preface a reminder that women, gender-diverse and racialized people in the city face the stress of a pushback from inclusion, and a hope that the new city council will use that inform its approach to decision making.

“This election also saw an increase in hate and harassment toward marginalized groups, in particular racialized candidates, and a disturbing trend that saw so-called ‘anti-woke’ candidates running in school board races in Hamilton and beyond,” YWCA Hamilton states.

“This is a reminder that while women, gender-diverse people, and racialized folks have made major strides in terms of political representation, we are currently experiencing a backlash from those intent on preserving the harmful structures of white supremacy and misogyny in our community. As an organization and a community, we need to continue to mobilize to ensure that we amplify the voices of those who can bring their own lived experience, as well as their own values of equity and inclusion, to the conversation.

Chapters of the YWCA from across Canada recently demonstrated on Parliament Hill in Ottawa to call on the federal Liberal government to take a more gendered approach to affordable housing deprivation. The essential point was to show that a lack of affordable housing exacerbates the difficulty that women and gender-diverse people face when they try to escape intimate-partner and/or family violence.

Interval House in Hamilton, the newly arrived Nisa Homes Hamilton and the SACHA sex assault crisis centre have all reported recently that there is a strain on the ability to provide shelter and supports, such as counselling

The local YWCA is not the only organization focused primarily on supporting women and gender-diverse people that took to social media to detail backlash it is facing. The Sex Workers’ Action Program, located on Barton St. in Ward 3, alleged that it faced targeted harassment during the election period. That included having their service users “shooed” away, having security cameras broken and having car tires slashed in their parking lot.

The new 16-member council will have five women, two fewer than from 2018-22. But it will be the first with two racialized female councillors. Coun. Nrinder Nann won re-election in Ward 3 and Coun.-elect Tammy Hwang won in Ward 4. Nann and Couns. Maureen Wilson (Ward 1) and Esther Pauls (7) will all be second-termers.

As recently as 2014, Hamilton had only had four female city councillors ever. All-time, all three councillors who are racialized have been elected in lower-city wards. In ’14, present-day Hamilton Centre member of Parliament Matthew Green also became the city’s first Black city councillor when he was elected in Ward 3. Green did not stand for re-election in 2018 since he was intent on getting the New Democratic Party federal nomination in Hamilton Centre. 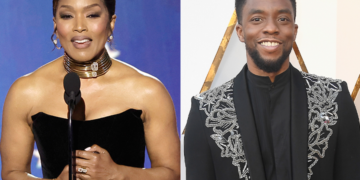 Angela Bassett Pays Tribute To Chadwick Boseman At Critics Choice Awards: ‘We Couldn’t Have Made History, Then And Now, Without You’

Angela Bassett continues to both sweep the award show season and show her gratitude to the late Chadwick Boseman.At the...

Homes in Mississauga, Hamilton and Milton make list of most viewed properties in 2022