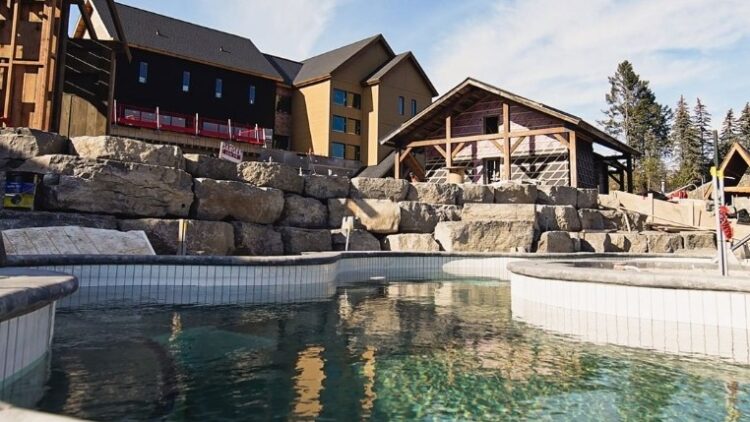 Kamilah Headley was looking forward to trying Thermëa Spa Village in Whitby, Ont., on Oct. 9 – it was her first time indulging in a full day of self-care at a Group Nordic spa.

But a few days after her outing, she says she started experiencing shooting pain down her neck.

“I had an extremely painful ear infection which I’ve never had before,” she said.

To date, 26 people have been named as plaintiffs in a civil claim against the facility after they say they contracted Staphylococcus, commonly known as staph, from one of the spa’s saltwater pools.

The long-awaited spa opened its doors on Oct. 6, five years after it was announced.

Just over a week later, the spa received a notice from Durham Public Health alerting the public to a potential “health hazard” discovered in the water of the Kalla pool.

The first complaint lodged against the spa to Durham Public Health, a spokesperson confirmed to CTV Toronto, was made on Oct. 10.

In the notice, Pacquette says the facility took “immediate action” in closing its pools and hiring a team of experts to conduct a full investigation.

Headley says she’s only just recovered from her bout with staph, though she had to take two weeks off work due to prescribed pain medications.

“I’ve been on painkillers that I’ve never had in my entire life – very strong painkillers,” she said.

Headley isn’t the only one still recovering from a visit to the spa.

Nicole Warren visited the spa the same day as Headley, but for a belated celebration of a friend’s birthday.

However, after her day of relaxation, she says she noticed little bumps that “looked like bites” spreading on her body.

“I sent [my friend] all these panic texts being like, ‘Oh my god, does your apartment building have bedbugs?’ [..] I was Googling like crazy because it was spreading,” she said. “I didn’t know what it was.” 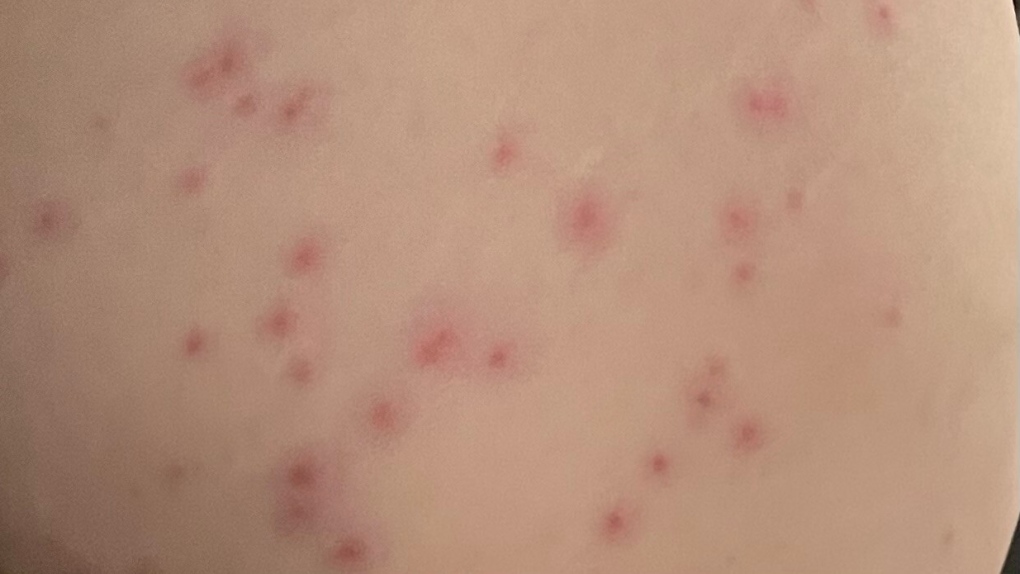 She says the rash spread from the back of her left thigh to her stomach, to her breast and back, and in her armpit.

Jessica McKaye, who visited the spa on Oct. 8 with her mother and sister, says she contracted a weeks-long ear infection and that large lumps appeared on her body after visiting the facility.

“I [had trouble] putting my bra on because I had huge lumps under my armpit,” McKaye said. She also says her toe was so swollen she had a hard time walking. 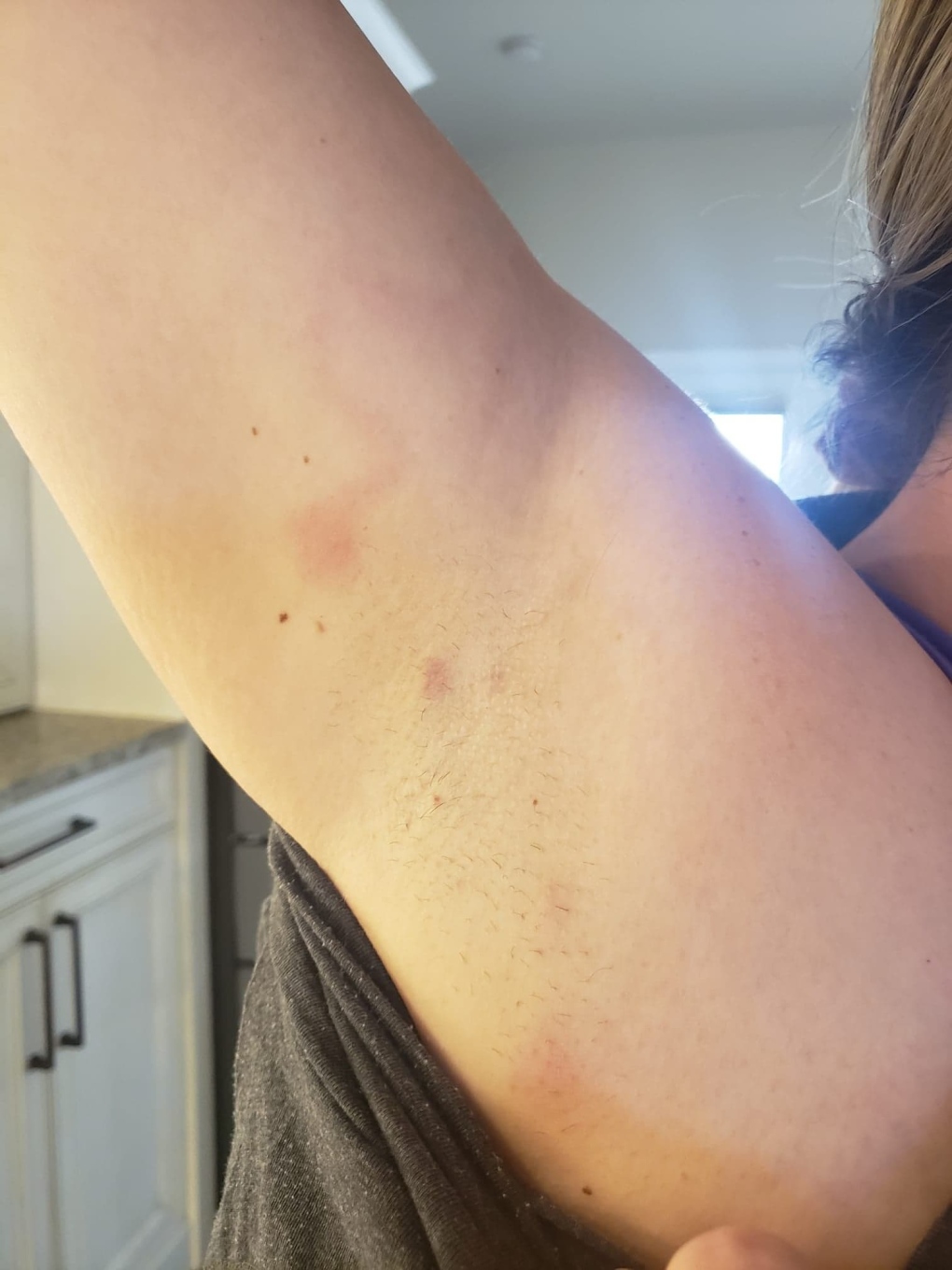 After posting on Facebook about her symptoms, McKaye says she heard from a ‘slew’ of people echoing similar symptoms.

While some complainants have received a $58 refund from the spa – the equivalent cost of the Kalla saltwater pool treatment before taxes are applied – the group says they’re looking for transparency from the business.

“We haven’t gotten an apology,” McKaye said. “When they were shutting down the Kalla pool, they told people in the pool that it was under maintenance. They didn’t even tell them that public health shut it down.”

McKaye emailed the business on Oct. 17 with pictures of the bumps on her body, demanding answers within 24 hours, but didn’t hear back until two days later when she says she received the “generic” message from the CEO.

“My friend that I went with, she already received [an] email days ago and I haven’t received anything at all,” Warren said.

The group cites the lack of transparency as part of the reason why they filed the suit.

“I’m not here [because] I want to get attention or I want to get rich off this, or anything like that,” Headley said. “The hundreds of dollars that I spent to go to the spa just to get sick, I want that covered because I’m pissed off about that aspect.”

“The next step is we’ll issue a claim, and then proceed forward with the case,” he said. “We haven’t received a reply from them yet, but [Thermëa Spa Village] certainly know[s] what’s coming.”

In an emailed statement to CTV News Toronto, Groupe Nordik – the company behind Thermëa Spa Village – stressed its “top priority” is the health and safety of guests.

“We’re fully committed to supporting those who have been negatively impacted by their visit to Thermëa Spa Village in Whitby,” the email reads.

In another email from Paquette to a guest, the CEO says everyone on their team has been working to get answers and that a separate email inbox has been created for guest complaints and feedback. Paquette assured the guests the spa “will read every one of these messages … with the utmost attention.”

“On Friday of next week [Oct. 28], having a better sense of what you need; we will decide on a plan to make things right,” the email reads. “We will announce it the following Wednesday, November 2.”

Groupe Nordik says this particular timeline was provided to ensure” guests [have] ample opportunity to assess how they’ve been impacted.”

“Impacted guests can anticipate further, direct communication next week regarding how we intend to support them,” the statement reads.

All nine pools will remain closed until the spa’s personal audit is finished, Groupe Nordik says, so they can guarantee this kind of outbreak doesn’t happen again.

A spokesperson for the Durham Region Health Department confirmed they have conducted three inspections in the past week following the Oct. 14 notice.

“The pool continues to be closed as the investigation continues,” the email reads

Although she’s finally getting through “the rough patch”, Headley says what she went through is going to linger.

“I’m super paranoid and scared to go and embark on any other spa, [..] I’m just going to stay home,” she said.

“I’ll just take a bath in my own house so I know that I’m not gonna get sick, like it’s really frightening.”

Michelin Guide to announce its 1st selection of Vancouver restaurants

Michelin Guide to announce its 1st selection of Vancouver restaurants

Environment Canada is warning that some parts of southwestern Ontario battered by a record-setting weekend snowstorm could see strong winds...

Local to the Core: The Punk Rock Flea Market at Oshawa’s Biltmore