by author
in World
Reading Time: 4 mins read
0 0
A A
0
0
SHARES
11
VIEWS
Share on FacebookShare on TwitterLinkedinReddit

LONDON (AP) – Rishi Sunak became Britain’s third prime minister this year on Tuesday, tasked with taming an economic crisis that has left the country’s finances in a precarious state and millions struggling to pay their food and energy bills.

Sunak, who is the U.K.’s first leader of color, met King Charles III at Buckingham Palace, where the monarch officially asked the new leader of the governing Conservative Party to form a government, as is tradition.

Sunak clinched the leadership position Monday, seen by his party as a safe pair of hands to stabilize an economy sliding toward recession – and stem its own plunging popularity, after the brief, disastrous term of Liz Truss.

Her package of unfunded tax cuts spooked financial markets with the prospect of ballooning debt, drove the pound to record lows and forced the Bank of England to intervene – weakening Britain’s fragile economy and obliterating Truss’ authority within her party.

In one of his first acts, Sunak announced he would retain Treasury chief Jeremy Hunt, appointed by Truss to steady the markets two weeks ago amid the turmoil. His removal would have set off new tremors.

Sunak – at 42 the youngest British leader in more than 200 years – acknowledged the scale of his challenge as well as the skepticism of a British public alarmed at the state of the economy and weary of a Conservative Party soap opera that has chewed through two prime ministers in as many months.

“I fully appreciate how hard things are,” Sunak said outside the prime minister’s 10 Downing Street residence. “And I understand, too, that I have work to do to restore trust after all that has happened. All I can say is that I am not daunted.”

Sunak immediately set about appointing a Cabinet, aiming to put his stamp on the government while bringing in people from different wings of the Conservative Party.

He removed about a dozen members of Truss’ government, but kept several senior figures in place besides Hunt, including Foreign Secretary James Cleverly and Defense Secretary Ben Wallace.

Home Secretary Suella Braverman, who resigned last week in a move that helped trigger Truss’ downfall, got her job back. A leading light of the Conservatives’ right wing, Braverman is charged with fulfilling a controversial, stalled plan to send some asylum seekers arriving in Britain on a one-way trip to Rwanda.

Sunak aims to assemble an experienced Cabinet whose competence can erase memories of the missteps and U-turns of the past months. But the right-of-center party’s divisions over immigration, relations with Europe and other big issues, remain deep. Allies of Truss and the scandal-plagued Johnson who have been sidelined or demoted from government can now nurture grievances from Parliament’s back benches.

“This is not a fresh start. It’s the same Conservative cabinet of chaos,” opposition Labour Party lawmaker Rosena Allin-Khan said on Twitter.

When he was Treasury chief, Sunak became popular with the public by handing out billions in support to shuttered businesses and laid-off workers during the COVID-19 pandemic.

But now he will have to oversee tax hikes and public spending cuts as he tries to bring inflation and government debt under control. A wave of strikes over pay that has already seen walkouts by railway staff, telecoms workers, garbage collectors, lawyers and dockworkers is likely to spread.

Acknowledging “difficult decisions to come,” Sunak tried to draw a line under the chaos that engulfed Truss and Johnson. He said his government “will have integrity, professionalism and accountability at every level.”

Opponents already depict Sunak as out of touch with the concerns of ordinary people because of his privileged private school background, previous career as a hedge fund manager and vast wealth.

Much of Sunak’s fortune comes through his wife Akshata Murty, whose father is the billionaire founder of Indian IT firm Infosys. The couple is worth 730 million pounds ($826 million), according to the Sunday Times Rich List.

In April 2022, it emerged that Murty did not pay U.K. tax on her overseas income. The practice was legal – and Murty soon agreed to relinquish it – but it looked bad at a time when millions of Britons were struggling to make ends meet.

Sunak’s victory is a remarkable reversal of fortune just weeks after he lost to Truss in a Conservative election to replace Johnson.

Sunak was chosen as Conservative leader on Monday after becoming the only candidate to clear the nomination threshold of 100 lawmakers. Sunak defeated House of Commons Leader Penny Mordaunt – who keeps that job in his government – and Johnson, who failed to rally enough support for a comeback bid.

Next Sunak has to prepare for a budget statement, scheduled to be delivered by Hunt on Oct. 31, that will set out how the government plans to come up with billions of pounds (dollars) to fill a fiscal hole created by soaring inflation and a sluggish economy – and exacerbated by Truss’ destabilizing plans.

Truss announced her resignation last week and departed Tuesday after making a defiant public statement in Downing Street, seven weeks to the day after she was appointed prime minister.

Truss offered a defense of her low-tax vision, saying she was “more convinced than ever that we need to be bold and confront the problems we face.”

She leaves a Conservative Party trailing the left-of-center Labour Party in opinion polls. Sunak has at most two years to turn its fortunes around. There does not need to be an election until the end of 2024, though public pressure to call an early poll is growing.

Jill Rutter, of the Institute for Government, said Sunak’s task was to show the Conservatives “are capable of governing in a fair way in the national interest.” 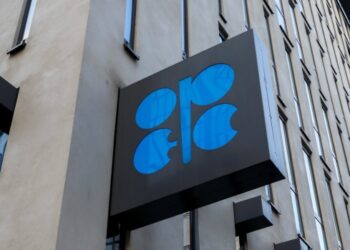 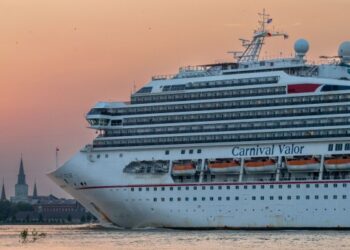 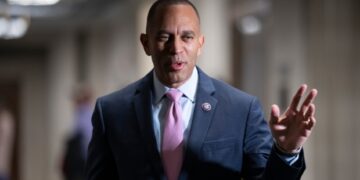 WASHINGTON (AP) - House Democrats ushered in a new generation of leaders on Wednesday with Rep. Hakeem Jeffries elected to...