Millions of people in China were under tight COVID restrictions on Wednesday as sporadic outbreaks across the country prompted business closures and disruption at the world’s largest iPhone factory.

China is the last major economy welded to a zero-COVID strategy, persisting with snap lockdowns, mass testing and lengthy quarantines in a bid to keep infections to a minimum.

But fast-spreading virus variants have challenged that approach in recent months, with shutdowns and an ever-shifting patchwork of curbs sparking public exasperation and rare pockets of protest.

The world’s most populous nation recorded just 1,241 new local cases on Wednesday, the majority of which displayed no symptoms, according to the National Health Commission.

But they include an outbreak at a factory in the central city of Zhengzhou that employs around 300,000 people and is known as the largest producer of iPhones in the world.

Foxconn Technology Group, which runs the facility, acknowledged the flare-up on Wednesday but said “operation and production… is relatively stable”.

“Health and safety measures for employees (are) being maintained,” the Taiwanese electronics maker said, adding that it was “providing the necessary guarantees for livelihoods, including material supplies, psychological comfort and responsive feedback”.

The company did not specify how many staff were affected by the outbreak but said it was a “small number” and that unsubstantiated online rumours of tens of thousands of infections were “patently false”.

“At present, the epidemic prevention work in Zhengzhou is progressing steadily, and the impact… is controllable,” the statement said.

“The operating outlook for this quarter remains unchanged,” it added.

There were signs of further tightening in Beijing, with the capital’s Universal Resort theme park saying on Wednesday that it had “closed temporarily… to implement epidemic control requirements”.

“We will continue to evaluate the impact on operations and work hard to restore them as soon as possible”, the resort said on its official Weibo social media account, without giving a timeline for reopening.

Chinese authorities have shown little willingness to ease COVID measures even as the number of daily cases has diminished, with Japanese investment bank Nomura estimating this week that more than 200 million people are under some form of enhanced restrictions.

In the northwestern city of Xining—home to 2.5 million—residents complained on social media about grinding stay-home measures, with some making accusations of underreported cases that AFP was unable to verify.

“Xining is like Shanghai in April,” wrote one Weibo user, referencing the months-long lockdown that triggered isolated protests in the eastern megacity earlier this year.

But Shanghai’s situation has since improved, and officials there began rolling out an inhalable COVID vaccine on Wednesday in what is thought to be the first such campaign in the world.

The vaccine—produced by Tianjin-based manufacturer CanSino Biologics—was approved by domestic regulators last month and is being administered as a booster for those who have previously received a jab.

Footage posted on social media by local news outlets showed residents lifting translucent beakers to their lips and sucking in the mist-like vaccine through a nozzle.

China launches a COVID-19 vaccine inhaled through the mouth

Citation:
China COVID curbs disrupt production at world’s biggest iPhone factory (2022, October 26)
retrieved 26 October 2022
from https://techxplore.com/news/2022-10-china-covid-curbs-disrupt-production.html
This document is subject to copyright. Apart from any fair dealing for the purpose of private study or research, no
part may be reproduced without the written permission. The content is provided for information purposes only.
Tags: safety measuressocial media
Previous Post 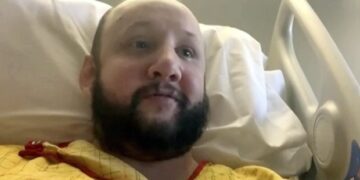 COLORADO SPRINGS, Colo. (AP) — Deanne VanScyoc said she dropped to the floor behind a pool table at Club Q...

These 20 stocks, including Amazon, are up as much as 14% as investors cheer latest inflation data

Strong wind and rain in the forecast for GTA, southern Ontario Wednesday