by author
in National
Reading Time: 2 mins read
0 0
A A
0
0
SHARES
11
VIEWS
Share on FacebookShare on TwitterLinkedinReddit
OTTAWA –

The Bank of Canada has raised its overnight rate to 3.75 per cent from 3.25 per cent. Since March, the central bank has increased its policy rate six times, aimed at tackling inflation and bringing it back to its 2 per cent target.

The bank predicts Canada could see a potential recession in the first half of 2023, according to its latest Monetary Policy Report.

The bank predicts Canada’s growth will slow from 3.25 per cent this year, to just under 1 per cent in 2023. Global growth will also decrease to 1.5 per cent next year, a slowdown not seen since 1982, excluding the COVID-19 pandemic and the 2008 financial crisis.

Inflation remains elevated at 6.9 per cent, with the bank seeing no meaningful evidence of it easing in the near term. International factors such as energy prices and global supply disruptions remain major causes. Domestic factors such as a tight labour market and excess demand for goods and services are also becoming more of a concern.

Macklem signalled there will be more rate hikes to come.

“This tightening phase will come to a close,” he said. “We’re getting closer to that point, but we’re not there yet. So we do expect interest rates will need to go up further and we will determine the pace based on developments going forward.”

The bank predicts inflation will decline to about 3 per cent by the end of next year, and will hit its 2 per cent target by 2024.

The Bank of Canada’s next rate announcement is scheduled to take place on December 7.

Pine-Sol cleaning products recall in Canada: What you need to know

Pine-Sol cleaning products recall in Canada: What you need to know 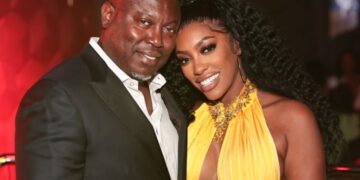 Porsha Williams is a married woman! The former “Real Housewives of Atlanta” star and Simon Guobadia officially tied the knot on Friday.According to...