by author
in Business, Consumer & Gadgets
Reading Time: 3 mins read
0 0
A A
0
0
SHARES
13
VIEWS
Share on FacebookShare on TwitterLinkedinReddit

The way you charge the iPhone could soon change.

The comments made during The Wall Street Journal’s Tech Live event appear to confirm future iPhones will drop the company’s proprietary Lightning connector for USB-C.

“Obviously we’ll have to comply,” Joswiak said when asked about the EU law. “We have no choice as we do around around the world to comply to local laws.”

Apple introduced the Lightning connector in 2012 with the launch of the iPhone 5, replacing the classic 30-pin dock connector available on early models of the smartphone.

Why is Apple moving to USB-C?

Earlier this month, the European Parliament approved a law requiring a uniform charging cord for all smartphones and mobile devices such as laptops or wireless headphones.

The rules would require all mobile phones, tablets and cameras sold in EU countries to feature a USB-C charging port by 2024, while laptops would have until 2026.

Why is the EU requiring this?

The EU said the new law will save consumers from having to spend money on various charging cords to keep their mobile devices powered. Officials also said the requirements will help curb electronic waste from obsolete chargers and prevent consumers from being locked into a specific manufacturer because of a proprietary charging standard.

What about the U.S.?

In June, lawmakers pushed the U.S. Commerce Department to adopt a universal standard for charging mobile devices similar to the EU law.

Lawmakers cite money spent by consumers on various chargers for different products and electronic waste as reasons for pushing to require a universal standard.

What does Apple think?

Apple has been one the main holdouts in the shift to USB-C, specifically for the iPhone. The company has previously said it’s concerned the rules would limit innovation and hurt consumers.

What could this mean for future iPhones?

Those Lightning cables could soon become obsolete in the U.S., much like the 30-pin connector before it. Apple has not said when it would introduce USB-C to iPhones, but it’s likely the company’s future smartphones will support the technology. Apple is already testing iPhones with support for USB-C, Bloomberg reported in May.

Apple already has several devices that support USB-C charging, including newer models of the iPad and some models of the MacBook.

Apple iPhone may have to switch to USB-C in Europe. What does that mean for your smartphone in the US?

Citation:
Apple confirms iPhones will feature USB-C charging (2022, October 26)
retrieved 26 October 2022
from https://techxplore.com/news/2022-10-apple-iphones-feature-usb-c.html
This document is subject to copyright. Apart from any fair dealing for the purpose of private study or research, no
part may be reproduced without the written permission. The content is provided for information purposes only.
Tags: consumerselectronic wastemobile devices
Previous Post 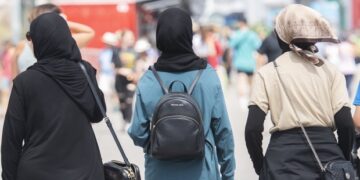