Toronto police have reopened a downtown area after investigating an alleged suspicious package left on a downtown sidewalk Tuesday morning.

Officers responded to reports of a suspicious package at around 7:39 p.m. in the area of St. Mary Street and St. Nicholas Street, near Yonge Street and Bloor Street East.

No other details about the package were provided.

Shortly after 9:30 a.m., police said they concluded their investigation and that the roads had reopened.

No evacuations or injuries were reported, police said.

At least 13 die in Bangladesh after tropical storm hits 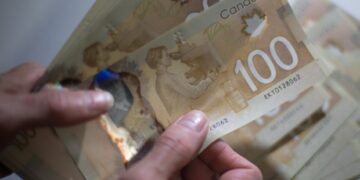 Statistics Canada will release its latest read on the country's economic growth this morning. The federal agency will share its...

A statistical model for ensuring children’s safe and sound mobility