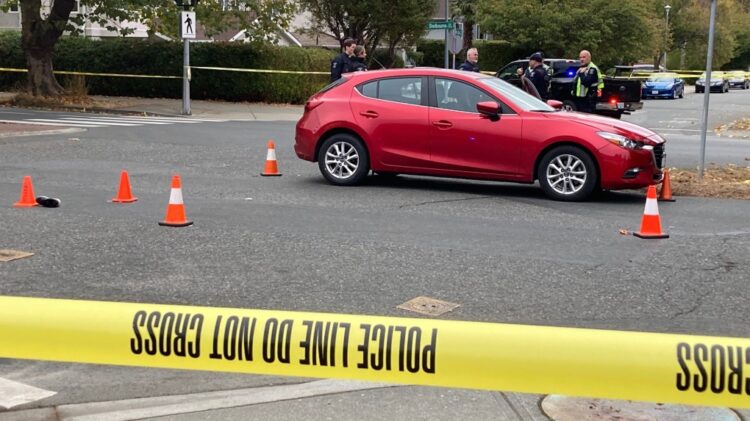 A collision between a vehicle and a young pedestrian closed part of Shelbourne Street in Saanich, B.C., on Tuesday morning.

The collision happened around 7:20 a.m. near the intersection with San Juan Avenue, south of PKOLS (Mount Douglas Park).

Police say a child under 12 was on their way to school and was walking in a marked crosswalk when a southbound vehicle struck them. 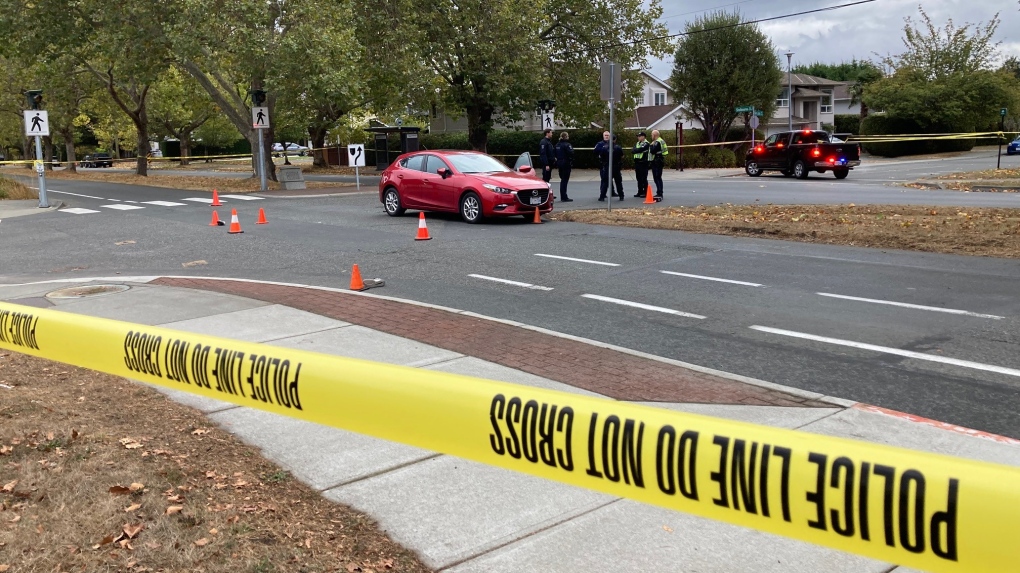 The collision happened near the intersection of Shelbourne Street and San Juan Avenue. (CTV News)

The child was taken to hospital with non-life-threatening injuries, police say.

The driver of the vehicle remained at the scene and cooperated with investigators. Police do not believe impairment or speed were factors in the crash, though the investigation is still in its early stages.

“The speed of the vehicle, which we believe was being driven under the speed limit, limited the severity of the injuries sustained by the child,” said Saanich police Const. Markus Anastasiades in a statement Tuesday.

“This time of year we do see an uptick in the number of collisions involving pedestrians, so the timing of this incident is, unfortunately, a good reminder to all road users to be extra vigilant when approaching intersections,” he said.

Northbound and southbound traffic was being rerouted away from the scene until 9:20 a.m. when the street was fully reopened to vehicles.

Police are encouraging drivers to be extra vigilant during dark and wet conditions, particularly around intersections and crosswalks.

Pedestrians are also encouraged to wear clothing that is light-coloured or reflective, and to be cautious when crossing the street. Police recommend that pedestrians make eye contact with drivers to make sure they’re stopping at intersections and crosswalks.

Just 25% of Australian businesses are insured against cyber attacks. Here’s why

Credit: Shutterstock In the past financial year, the Australian Cyber Security Centre received 76,000 cyber-crime reports—on average, one every seven...