An “influx” of calls for fireworks complaints prompted police to ask people to stop calling 911.

This evening (Oct. 24) is the night for Diwali celebrations, the annual South Asian festival of lights, and people are allowed to set off fireworks on private property.

However, people aren’t happy the noise is continuing past 11 p.m.

“This is crazy, and the fireworks running till after 11 pm in Mississauga,” one person wrote on Twitter.

In Brampton, there was a similar complaint.

“This is ridiculous. The firework is allowed till 11 pm. People continued till 11:30 pm and later. 311 is useless. I called no one picks up,” another person wrote on Twitter.

And it seems as if people are now calling 911 instead of the municipal complaint line, 311.

“Our Communications Centre is receiving an influx of 9-1-1 calls regarding fireworks complaints,” Peel Regional Police said in a tweet. “Please contact BY-LAW via 3-1-1 for these complaints. 9-1-1 is for EMERGENCIES only. Please do not tie up our 9-1-1 Operators unnecessarily.” 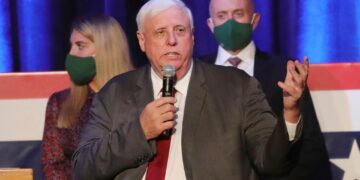 CHARLESTON, W.Va. - West Virginia's ban on transgender athletes competing in female school sports is constitutional and can remain in...

Asteroid coming exceedingly close to Earth, but will miss